I have had the Petromax Sandwich Iron for a little while now and have tried a few different toasted sandwiches, with varying results. The team from Petromax suggested wrapping the bread in bacon! So that is 2 components sorted; the bread and bacon. Sounds like a pretty good start.

We were going to stick some halloumi on the firepit but had the idea to make a Halloumi sandwich and throw in some leftover sliced chorizo. This is how the idea of the Bacon Wrapped Halloumi & Chorizo Toasted Sandwich was born.

This cook took place when I was away for the weekend in a delightful cottage in Herefordshire. It was a ‘back to basics’ place but in an absolutely idyllic setting, with a firepit outside. It was my first time cooking on a firepit, which basically was lit for the whole weekend.

I was cooking on a tripod with a hanging grate for the most part but for this cook, I cooked directly in the logs.

The preparation was pretty simple. In the bottom half of the Petromax Sandwich Iron, I added 2 slices of bacon. Next, the first slice of bread was added, followed by the Halloumi and the Chorizo, before adding the top slice of bread. Finally, I wrapped the top part of the sandwich in 2 more pieces of bacon before adding the top part of the Sandwich Iron and closing it.

To cook I just placed the Sandwich Iron on the logs and cooked for around 12 minutes before removing. I did have a quick check after about 5 minutes but decided to cook them a little more.

This toasted sandwich was absolutely delicious. My brother and I initially shared one, and as we both took a bite, we just smiled at each other nodding our heads. It really did work well. Suffice to say a second one got made for us to share.

If you own a Sandwich Iron, I would really recommend you try this. However, even if you don’t I think the combination of Halloumi, Chorizo and Bacon really work so is something that is worth playing with on other dishes you may cook – could be good as a burger! 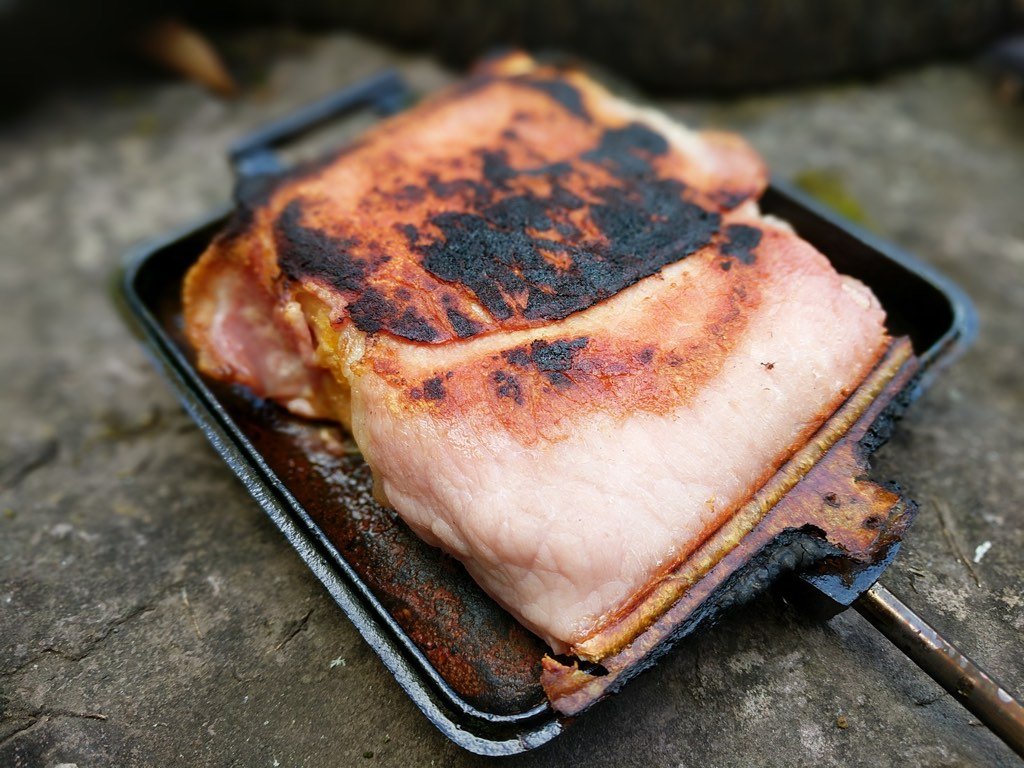 This toasted sandwich was off the scale in terms of being tasty. Even if you don't own a Petromax Sandwich Iron you should try this flavour combination.
Servings 1 sandwich
Prep Time 5 mins
Cook Time 12 mins
Total Time 17 mins