So another dish was on the BBQ as part of the amazing challenge going on from @thesmokinelk who is cooking a BBQ dish from every country around the world. This was all part of a Spanish themed week he arranged.

Almejas en Salsa Verde (Clams in Green Sauce) is a dish traditionally found in the Basque region of Spain. It basically is clams cooked in white wine, garlic and parsley but is very simple to put together.

For this cook, I used Australian Heat Beads, as I was planning to do a few tapas plates and know the heat beads will give me around 3 hours cook time. The BBQ was set up with 2 zones – a direct and indirect area.

Unfortunately, I could only find some frozen clams that are pre-cooked so had to adjust the method a little.

I used the medium size Lodge cast-iron skillet, initially placing the empty skillet on the direct area of the BBQ. Once it had heated through I added the oil. When the oil was bubbling, I moved it to the indirect section of the BBQ and added the chopped onion and garlic, followed by the flour, wine, and clams. The clams opened very quickly so I gave them a good stir around to cover them in the liquid.

Finally, I added the chopped parsley and mixed it well with the other ingredients.

This was my least favourite dish of the ones I cooked as part of the Spanish themed week. I think it was impacted by the fact that I used frozen clams which opened almost immediately so the sauce did not have as long as it should have had cooking. You could taste the alcohol in the dish, which I wasn’t overly keen on. A nice dish and definitely worth trying with some fresh(er) clams. 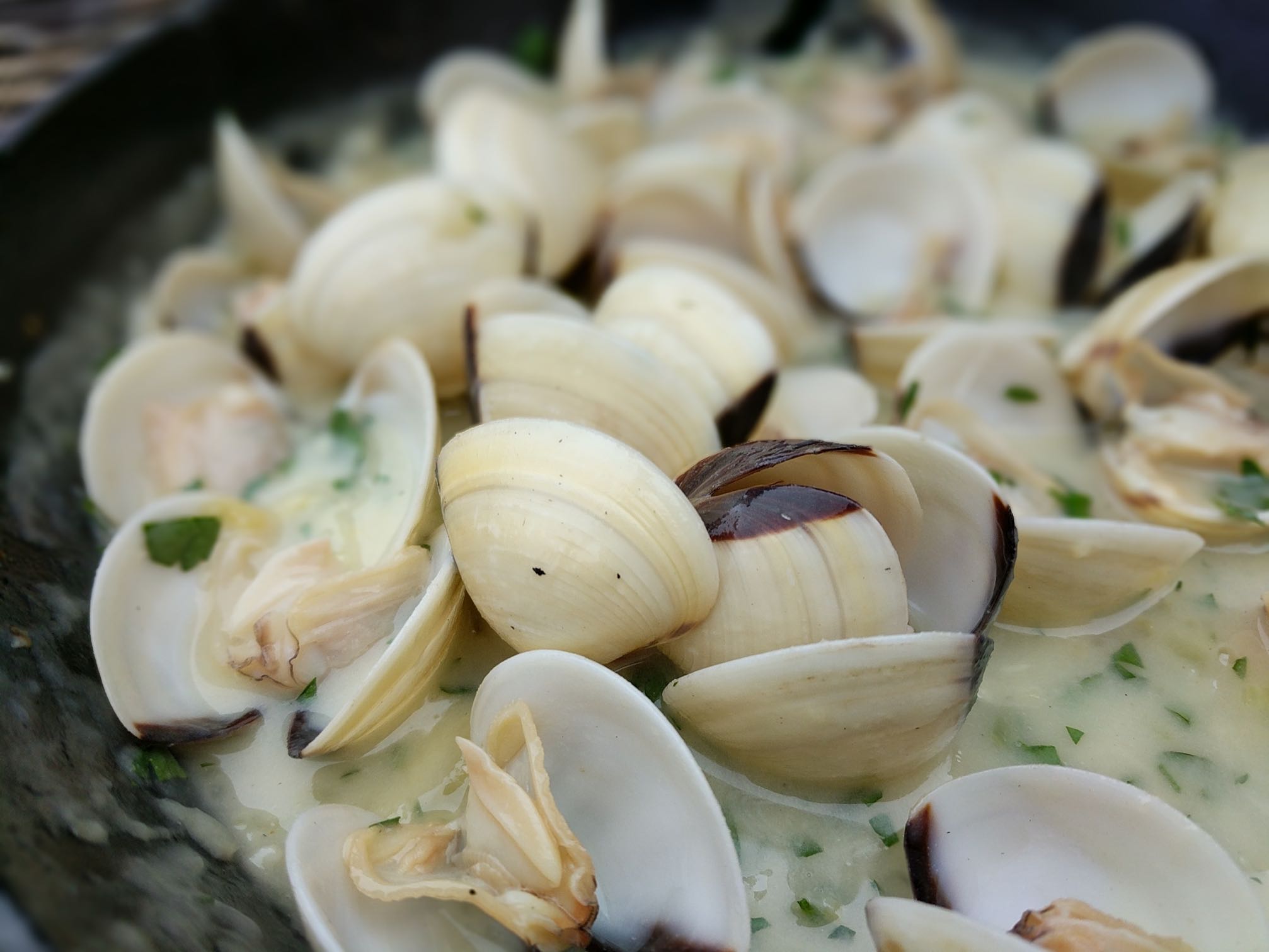