The second day of knockout games of the 2018 World Cup sees the World Cup of BBQ move to Spain, to cook Paella on the BBQ.

I know Paella is a predictable choice for Spain. However, I have never cooked Paella, so this BBQ cook was the first time I had attempted this dish on or off the BBQ.

Despite the number of ingredients, this was a reasonably easy cook. I think the secret is to read the recipe well so you are familiar with it, and also do all the prep you can before you start cooking. If you try to do it as you go along, the stress levels will rise.

For this cook, I bought a Paella Pan as I think this cook would be almost impossible without one. It was a 46cm pan, so was a pretty tight fit on the 57cm Weber GBS.

I used Australian Heat Beads for this cook as I wanted consistent heat across the whole BBQ. I filled the Chimney Starter to about 3/4’s full and when ready poured them into the BBQ, and spread out evenly so the whole BBQ was set up for direct cooking. Before I put the grill and pan on I added a couple of Alder wood chunks, to generate some additional smoke.

Once I put the Paella Pan on the BBQ it was then a case of following the recipe and adjusting timings based on the ingredients were cooking.

This has not only been one of my favourite cooks in the last couple of weeks but is also one of my favourites of 2018. I could not have hoped for it to come off any better. It was incredibly tasty and the whole family really enjoyed it, including my son who is not a seafood fan.

This will definitely become a dish that gets cooked regularly in our home. 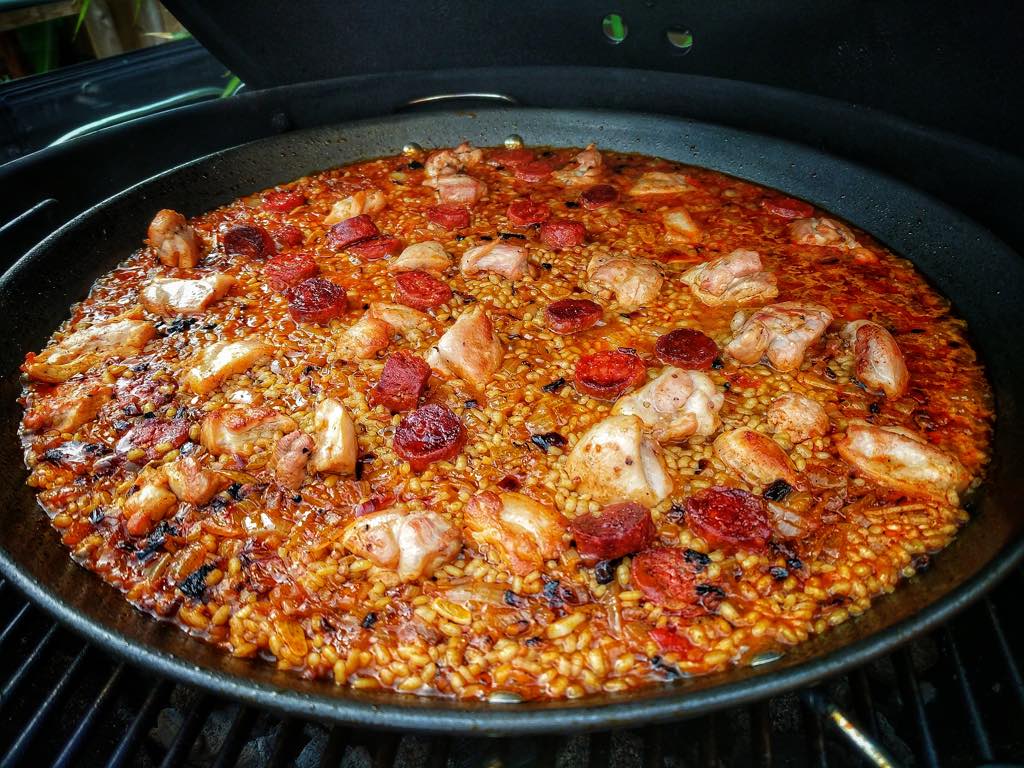