Each year as Autumn comes round I promise myself I will cook more game meat. For some reason, it never happens but I am more than determined this year and I have started off well by cooking this BBQ Pigeon Breast with Caramelised Plums and a Plum sauce.

I recently listened to a podcast from the UnitedQ guys, with the guest being Jose Souto. He was so passionate about game meat and has fueled my determination further. If you are interested in game meat it is well worth a listen.

I used the Weber Go Anywhere for this cook, with Australian Heat Beads. I was only cooking 3 small pigeon breasts and charring the plums so it was ideal.

Whilst the briquettes were coming up to heat, I cooked the plums and started to make the plum sauce. I also took the pigeon breast out of the fridge and let them sit for 30 minutes or so at room temperature.

Once the Weber Go Anywhere was ready to cook on I took the plums out of the liquid they were cooking on and cooked on the BBQ for a couple of minutes on each side. I wanted a little char on them but not too much. I took them off and placed in a warming tray to keep warm.

Next, I added the pigeon breast, looking for an internal temperature of 65°C. I cooked them for around 4 minutes on each side and unfortunately slightly overcooked them. They cooked much quicker than I thought they would.

To serve, I placed them on a Lamb’s Lettuce and Pea Shoot Salad, sat one plum on the breast and one on the side and drizzled the plum sauce over the pigeon breast with a spot elsewhere on the plate. Finally, I sprinkled some pomegranate seeds over the plate to garnish. 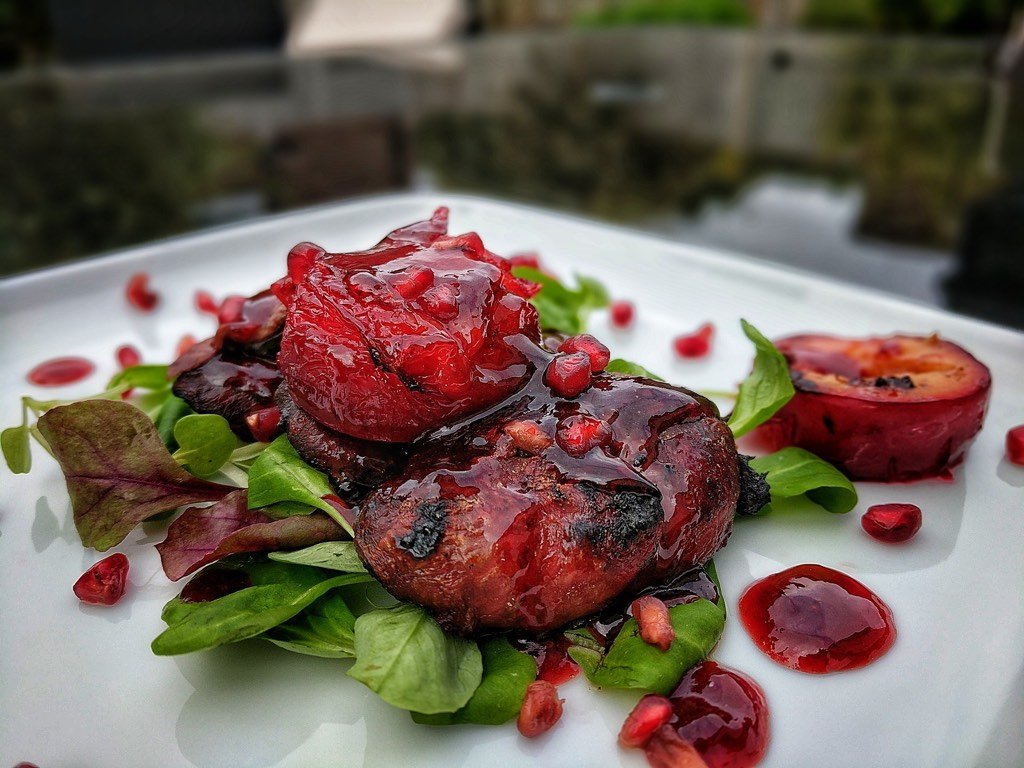