I was in two minds whether to write this ‘recipe’ for Pork Crackling up or not. However, I got an amazing cook using the BBQ Vortex and will be something that now gets cooked regularly. The vortex basically cooks indirectly but at a high heat so the skin got really nice and crispy.

Every time I order or cook a pork joint, I am always keen to have the crackling. I absolutely love the stuff especially if it is done well. The skin I used for this cook was from two pork butts that I ordered online from Turner & George. They were lovely pieces of meat with a nice layer of fat.

After trimming, I scored them and then patted them dry before sprinkling them with sea salt. I placed them on a plate and put them in the fridge overnight to try to dry them out.

Just before I was ready to cook I removed them from the fridge and sliced the skin into smaller pieces. Where there was a thicker layer of fat I also trimmed this down a little. These were absolutely fantastic served with the pulled pork!

UPDATE: As a warning DO NOT put too many of these on your BBQ. I cooked them again recently and put the skin from two 4kg butts on the grill. Unfortunately, I learnt first hand, that due to the amount of fat dripping down the BBQ and the ash catcher caught fire. I would also recommend trimming off some of the excess the fat. 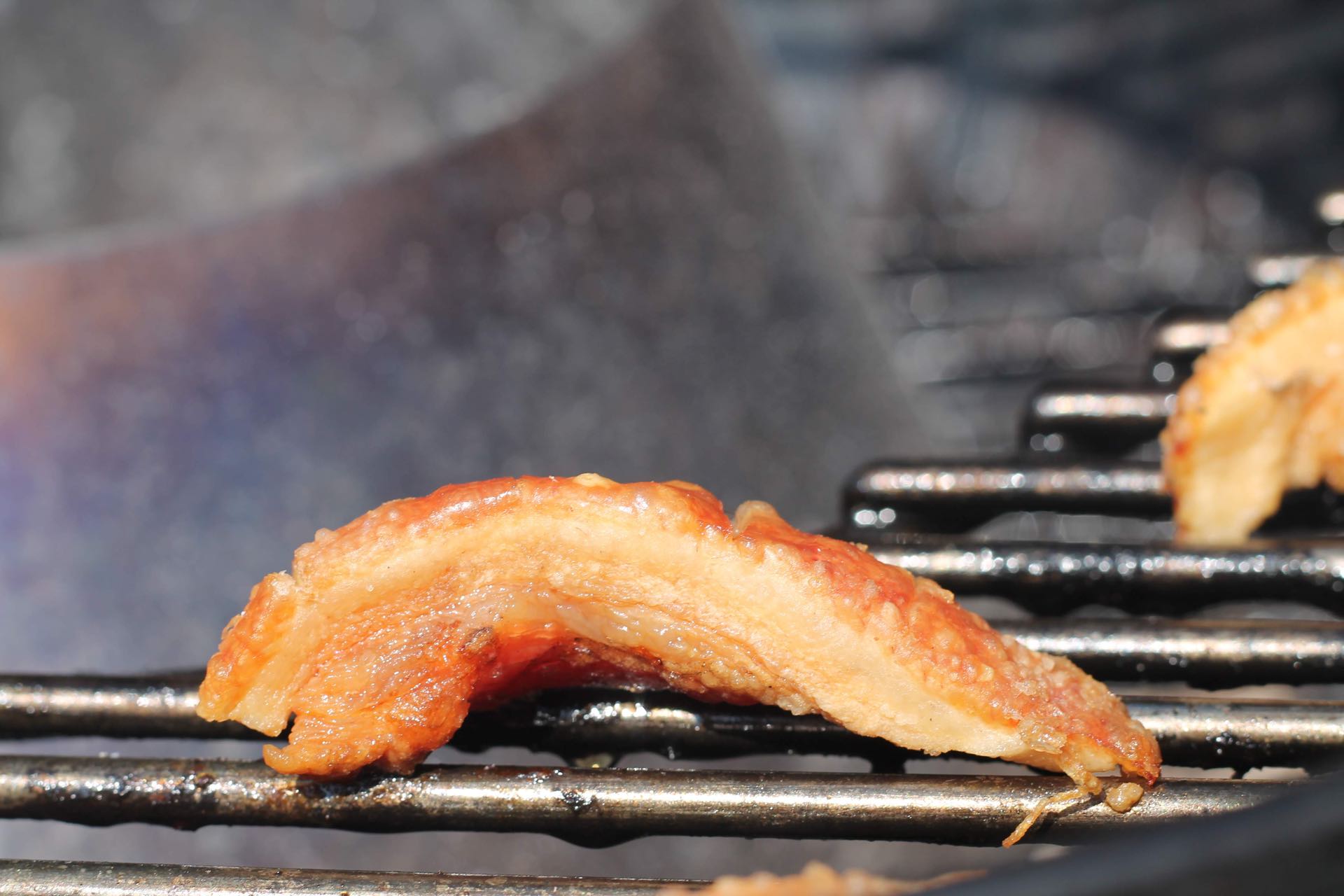 One of the things I love when I order or cook a Pork Roast is the crackling. I recently cooked two pork butts which came with the skin on with a nice layer of fat. After cutting off the skin I prepped these for some pork crackling cooked on the BBQ.
Prep Time 20 mins
Cook Time 40 mins
Total Time 1 hr

This website uses cookies to improve your experience while you navigate through the website. Out of these, the cookies that are categorized as necessary are stored on your browser as they are essential for the working of basic functionalities of the website. We also use third-party cookies that help us analyze and understand how you use this website. These cookies will be stored in your browser only with your consent. You also have the option to opt-out of these cookies. But opting out of some of these cookies may affect your browsing experience.
Necessary Always Enabled

Performance cookies are used to understand and analyze the key performance indexes of the website which helps in delivering a better user experience for the visitors.

Analytical cookies are used to understand how visitors interact with the website. These cookies help provide information on metrics the number of visitors, bounce rate, traffic source, etc.

Advertisement cookies are used to provide visitors with relevant ads and marketing campaigns. These cookies track visitors across websites and collect information to provide customized ads.

Other uncategorized cookies are those that are being analyzed and have not been classified into a category as yet.