This Beef Fore Rib came from my local butcher, The Caversham Butcher. They have gone through a transformation over the past 18 months, now supply a vast range of meats, highlighting the providence of the meat, and also bringing a higher quality cut to the high street.

I have been eyeing up these Beef Fore Rib’s for some time and decided this weekend it was time to try one.

As always I removed the Beef Fore Rib from the fridge about 1 hour before I wanted to start cooking. I decided I was going to put a salt and pepper mix on the beef, so I put a very thin coating of yellow mustard on the beef, and then sprinkled over the salt and pepper, leaving to sit in the kitchen for an hour.

Whilst the meat was resting, I did all the other prep for my Potatoes, Yorkshire Puddings and Carrots.

My original plan was to use the rotisserie for this cook but I decided against it. Instead, I decided I would sear the beef in the cast-iron pan and then cook it indirectly at around 170°C. I used my Char-Broil gasser to seal the meat and then switched over to the Weber GBS.

To seal the Beef Fore Rib, I bought the cast-iron pan up to around 320°C and cooked for 2-3 minutes on each side. I then switched to the Weber and placed an Olive Wood Chunk to add a little more smokiness.

Now for the Gravy

Whilst the Beef Fore Rib was cooking I prepared the gravy. I had already scooped the bone marrow into a foil tray that sat underneath the beef in the Weber. I mixed the rest of the ingredients together and then when I took the meat off I removed the melted bone marrow and beef fat and added to the gravy mix, slowly bringing to a simmer.

The quality of the meat from the butcher was fantastic. The cook was quicker than I planned which meant I rested the meat for longer than I have planned as I needed to get the rest of the dinner ready. This meant it was a little more well-done than I was aiming for. I took the meat to an internal temperature of around 52-55°C before removing, wrapping in foil and resting.

I also think I over seasoned the beef. It was quite peppery, so I need to reign that back a little next time.

Overall, this was a lovely dinner, with a lovely piece of meat finished off with some superb tasting gravy. 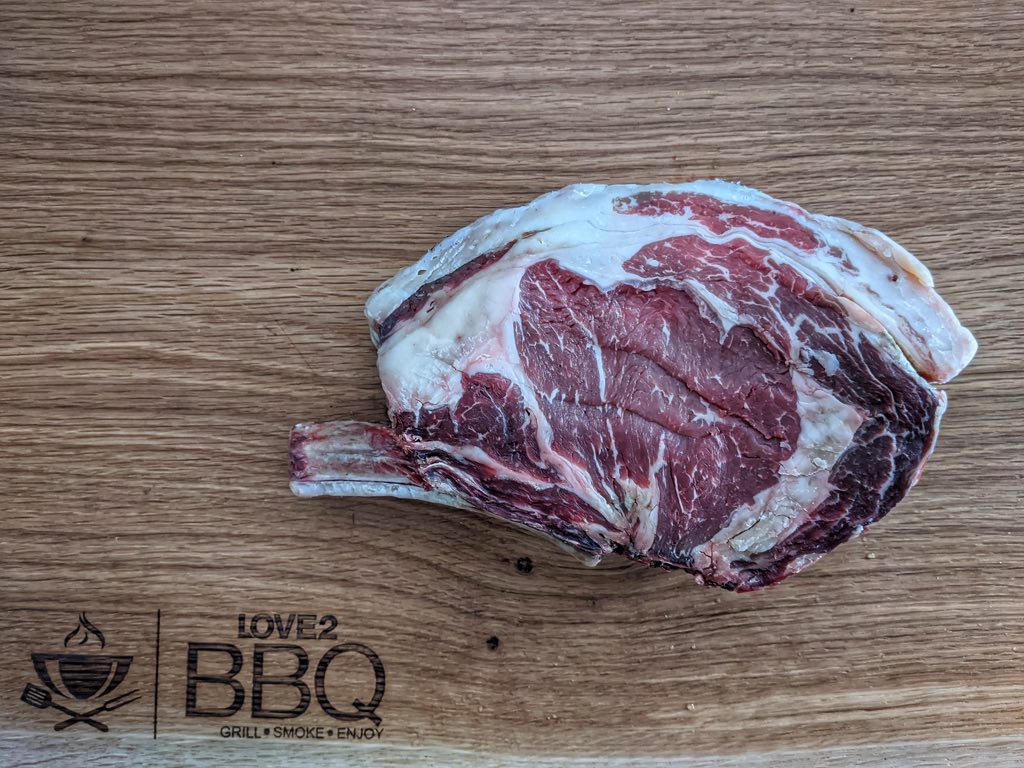