The F1 Championship is nearing its climax, and as it moved to Brazil I was a little torn on what to cook for the F1 Cook. My immediate thought was to cook meat on the spit, with Picanha on the rotisserie immediate taking 1st spot. However, I have cooked this a few times, and part of the fun for me with these cooks is to cook something new.

I remembered I had been bought a Brazilian cookbook for Christmas a couple of years ago. It is called Carnival and is from a restaurant chain called Cabana. Flicking through it there were a few recipes that caught my, with the Chicken ‘Espirito Santo’ winning out, strongly swayed by the tomato and peanut sauce.

I also saw another recipe in the book, fried bananas, which I decided to do as a side dish.

The first thing to do was prepare the Tomato and Peanut sauce. It is a process of toasting the various nuts in the oven then combining the ingredients and cooking them to form a nice, thick dip. Once this is made you can place it to one side and warm through when ready to serve.

The next step was to slice and coat the chicken. I used chicken thighs for this cook, so once sliced it was a case of dipping them in beaten egg and then into the peanut mix, which was a mix of brasil and cashew nuts that had been pulsed in a food processor. I then popped them in the fridge, which usually helps the coating stick/set to the chicken.

For this cook, I was using 2 different BBQ’s. For the chicken, I used the SNS Kettle, and for the fried bananas, the Charbroil 4600S. The recipe did call for the chicken to be skewered. I started off doing this but started to lose too much of the peanut coating so decided against this. Instead, I cooked the chicken indirect and then gave it a quick 30 seconds to 1 minute on the direct portion of the BBQ.

For the fried banana, I prepped the bananas in the coating and set them to one side. I added a good amount of Rapeseed oil to the lodge cast-iron pan and then placed it directly on the Char-broil. Once the oil had heated, I simply fried the coated bananas for around 3 minutes on each side. Once plated I drizzled some hot honey over the banana which went great. 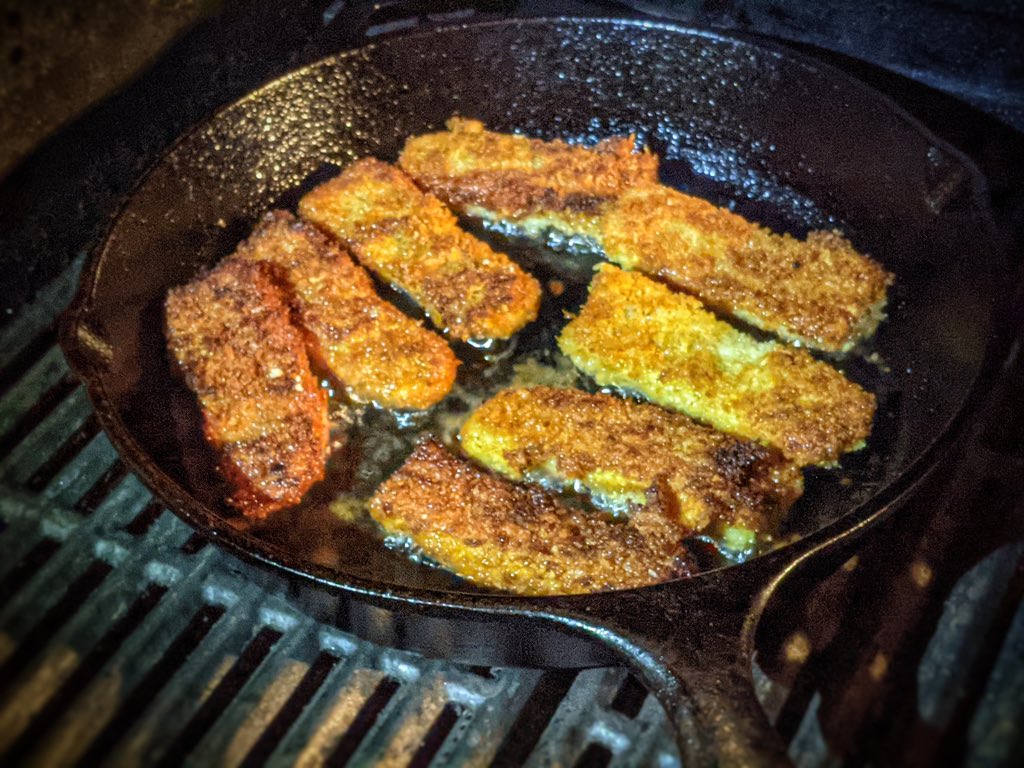 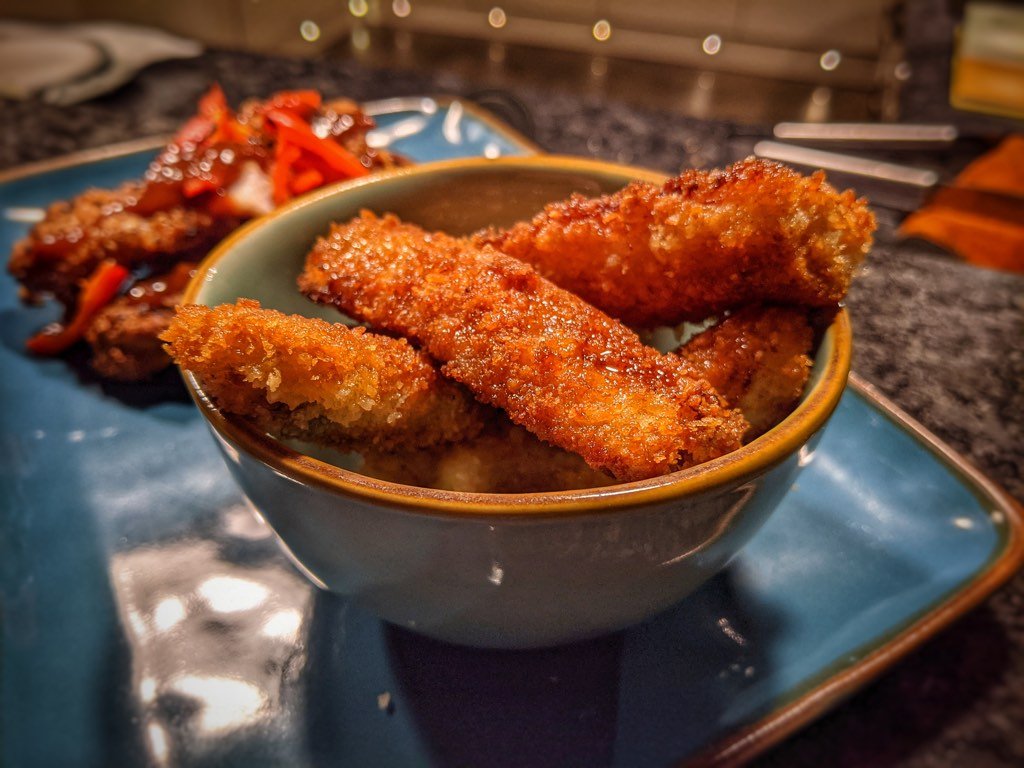 Overall, this came out ok. I really liked the taste of the chicken coated in the peanut (especially with the Tomato and Peanut sauce). The disappointment for me was that the chicken didn’t come out as crispy as I hoped. As for the fried banana, that came out great. In one way a bit weird as it was bordering on a desert but it really did taste good.

If you want to try this recipe you can find it here.