Day 12 and a Stunning Sandwich

Day 12 of 2018 World Cup and for the World Cup of BBQ, we return to South America, to cook Chivito from Uruguay.

According to legend, a great chef in Punta del Este, Uruguay, Antonio Carbonada, had an Argentine lady as a regular customer. One day she asked for her favourite sandwich made with goat (chivito in Spanish). There was no goat to be had, so the chef threw together what was on hand – steak, ham, cheese, lettuce, and mayonnaise – and the Chivito was born. It is now found everywhere in Uruguay.

For this cook, I followed this recipe from Epicurious and adapted it slightly.

Again, this was quite a straightforward dish to cook. I set the BBQ up for direct cooking with an oak wood chunk. I cooked the peppers first, getting a nice char on them before moving them to the indirect zone. Next, the bread was quickly placed on the grill before spreading the Aioli on both halves.

The steak cut was thin sirloin steaks from Waitrose, which I trimmed slightly to remove all the fat before cooking.

I took the steak off and whilst it was resting, then fried the eggs before constructing the sandwich.

The recipe also called for Monterey Cheese, but I had some Applewood slices so used those instead.

This sandwich was absolutely lovely. All the ingredients complimented each other really well. It reminded me of a club sandwich but with beef. It was the first time I have had Chivito but it certainly won’t be the last.

My son absolutely loved this and he requests it any time he gets the opportunity. 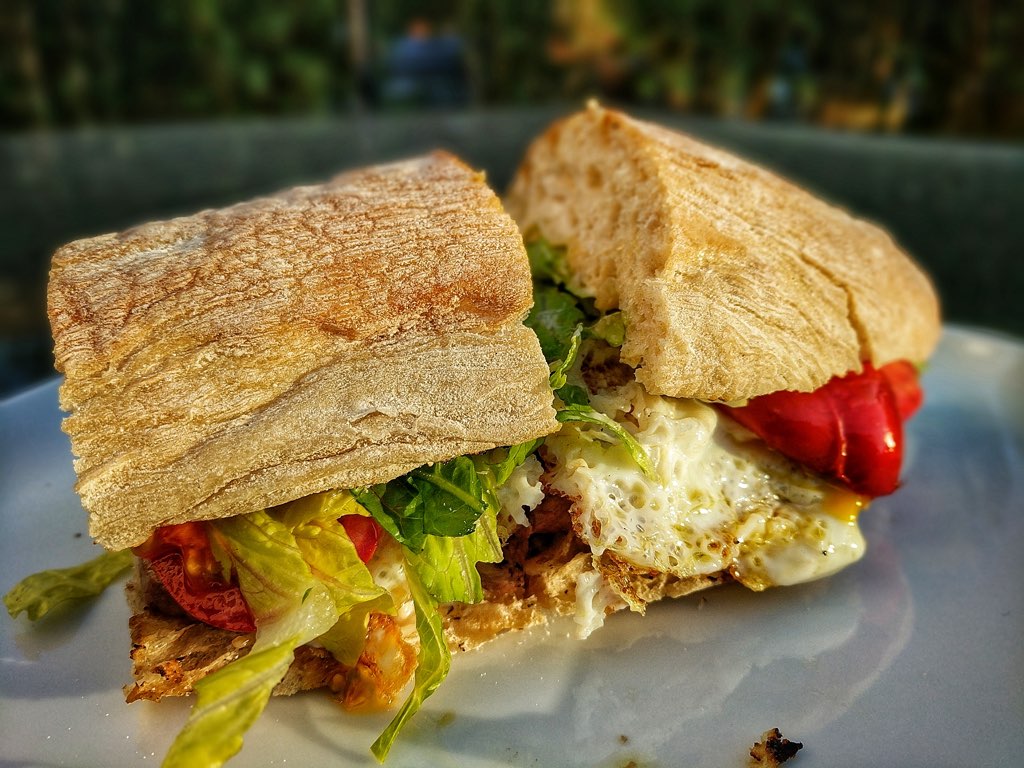