For this cook, I marinated the chicken overnight. You should set up the BBQ with both an indirect and direct zone. The first time I cooked this I used the Weber GBS but this time used the Char-broil 4600S gas BBQ.

In addition to the great advice from Clays, I also did a bit of reading about clay pot cooking. One of the warnings I read was about being careful about bringing the clay pot up to heat gradually, rather than just exposing it to the hot BBQ immediately. Exposing the clay pot to too much heat immediately can crack it.

Rather than putting the clay pot in the oven to heat up, as I had done with the lamb, I heated the clay pot on the indirect side of the gas BBQ as it came up to temperature. Towards the end of the 15 minutes, I briefly grilled the chicken directly for a minute on each side.

Once all the components were added I placed the pastry over the top and added the lid before placing it on the BBQ and cooking the dish.

This was my second attempt cooking in the clay pot and again I was really pleased with how it came out. The Clay Pot Middle Eastern Chicken was really flavoursome and tender. The rice cooked great and it made a really nice dinner.

I am so grateful to Clays Hyderabadi for introducing me to this style of cooking and also for being so open and helpful with cooking techniques. 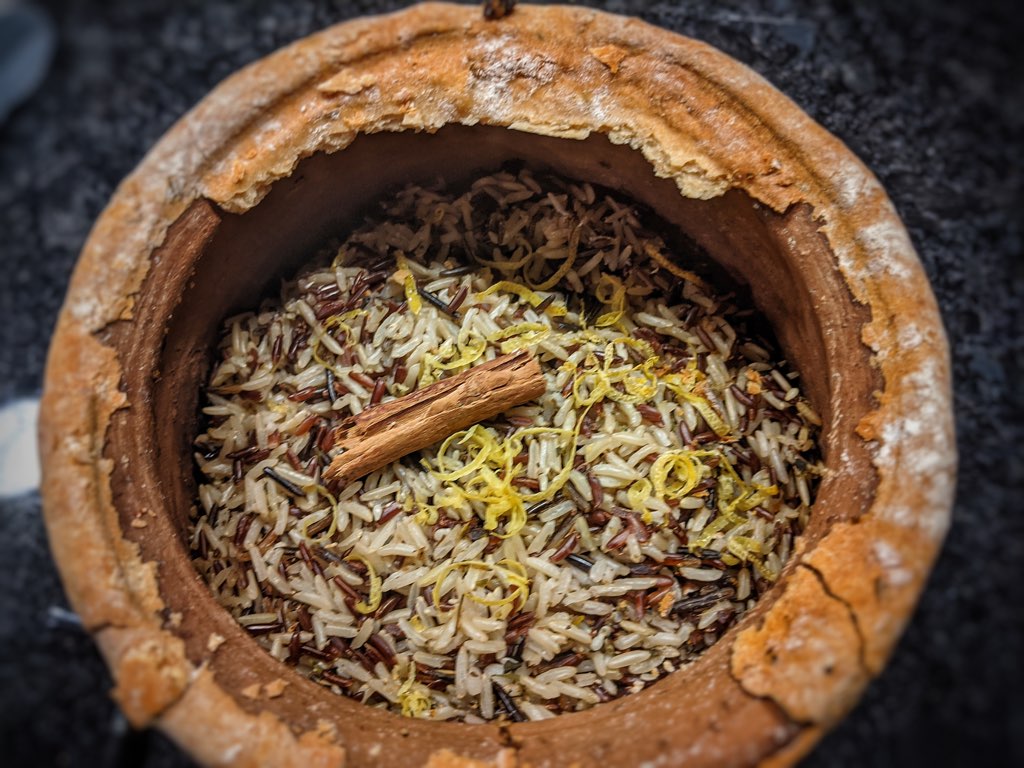