Clay Pot Cooking! The Start of a New Addiction?

One of my favourite restaurants is Clays Hyderabadi Kitchen in Reading. It is an independent restaurant serving Indian food, but not the traditional food you would expect to find in an Indian restaurant in the UK. They have a really varied and different menu, much of which I have never tried, so am always eager to visit and try new dishes. On one of my recent visits, I went for their Lamb Hyderabadi Style Clay Pot Biryani.

The Biryani comes served in a clay pot (no surprise there) which has been covered over with pastry before the lid being placed on before cooking. To serve they slice the cooked pastry lid open, exposing the lovely fragrant aroma of the spices. It was absolutely stunning!

As part of the dish they offer you the chance to take the clay pot home, and of course, I had to knowing that I would try something on the BBQ. Clays were also kind enough to give me some cooking tips for how they cooked the Biryani, so I had some base knowledge for when I cooked in it. One of the tips they gave was to use meat with the bone-in as that helps with the amount of moisture cooking within the clay pot.

For this cook, I marinated the Lamb overnight to try to get the flavours infused into the meat.

I set up the Weber GBS with an indirect and direct zone. In addition to the great advice from Clays, I also did a bit of reading about clay pot cooking. One of the warnings I read was about being careful about bringing the clay pot up to heat gradually, rather than just exposing it to the hot BBQ immediately. Exposing the clay pot to too much heat immediately can crack it.

I heated the clay pot in the oven at around 100°C for 15 minutes and then took it out and started to prepare the dish. Whilst the clay pot was warming up I grilled the lamb for a minute on each side just to give it a little char.

Once all the components were added I placed the pastry over the top and added the lid before placing it on the BBQ and cooking the dish.

This was something very new for me, and also very exciting. I had no idea how it would turn out, but I love cooking that way. I knew it was not going to be perfect but loved using a new method that also involved the BBQ to cook a new dish.

Overall, I was really pleased with this first attempt. The lamb was so tasty and tender, the rice was cooked with a great flavour and personally, I thought the dish worked. I will definitely be cooking this again. 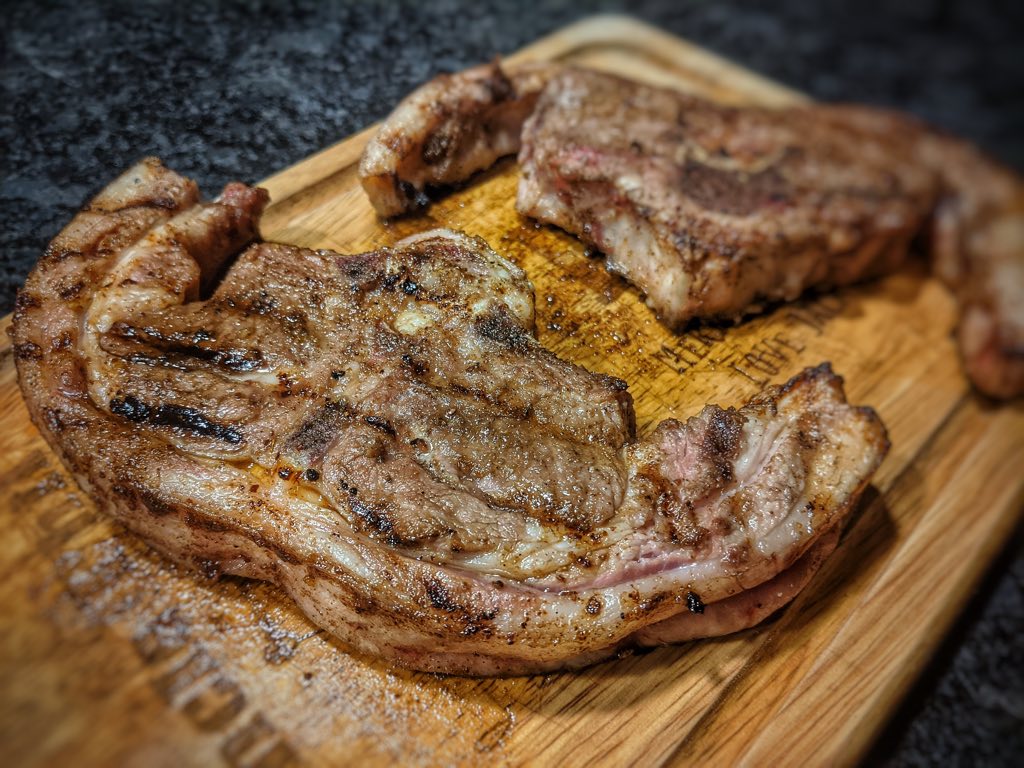 Clay Pot cooking has been around for centuries. I discovered recently how good it is, with this Middle Eastern Lamb recipe being my first Clay Pot attempt.
Servings 1 person
Prep Time 20 mins
Cook Time 45 mins
Total Time 1 hr 5 mins