My favourite restaurant in Reading is Clay’s Hyderabadi Kitchen. It’s not only the fantastic food but the warm welcome and fantastic hospitality you receive every visit. If you are in Reading, you are missing out if you don’t eat here. They have been creating a daily dish, through this lockdown, and whilst all of them look superb, this recipe for Aloo Tikki really caught my eye. It is one that I thought could be done on the BBQ.

This is fairly straightforward to put together and basically consists of potatoes, peas and spices. The spices used are also ones you are likely to have in your cupboard, so no hunting around for that ‘rare’ spice. However, whilst it is quite simple, it tastes amazing.

I made the Aloo Tikki in advance of cooking them. Placing them in the fridge for a couple of hours.

To make them start by boiling your potatoes as you are going to want to mash these. You then combine the ingredients (steps below), form your patties, add the cornflour and put them in the fridge. I have a confession here, in that I missed the breadcrumbs out (realised when I was preparing to write this up) which caused me some binding problems when cooking.

I used the gas Char-broil 4600S to cook these and started them indirectly. The temp was around 200°C. However, they started to crumble a little, so I moved them to the direct area hoping that would help them stay together but with no luck, so I reached for the Lodge cast-iron and did a shallow fry which worked great. I’m going to do these again (with the breadcrumbs this time) and try to grill them again and see if I get a different result.

The other item, I changed was there is an optional ingredient in Clay’s Instagram recipe of Chat Masala which I didn’t have. So I went with some Deggi Mirch (which is more of a chilli powder).

If you want to see how these are done properly head over to Clay’s Instagram to get this recipe and loads others. There are some fantastic recipes on there.

I love trying new food, especially when cooking outside over a grill. Although the cook itself was not 100% successful, the taste of the end result was fantastic. We actually had these for lunch 2 days running and my wife is keen for me to make some more, which is the plan for the weekend. If you like Indian influenced food I would really recommend you try these. 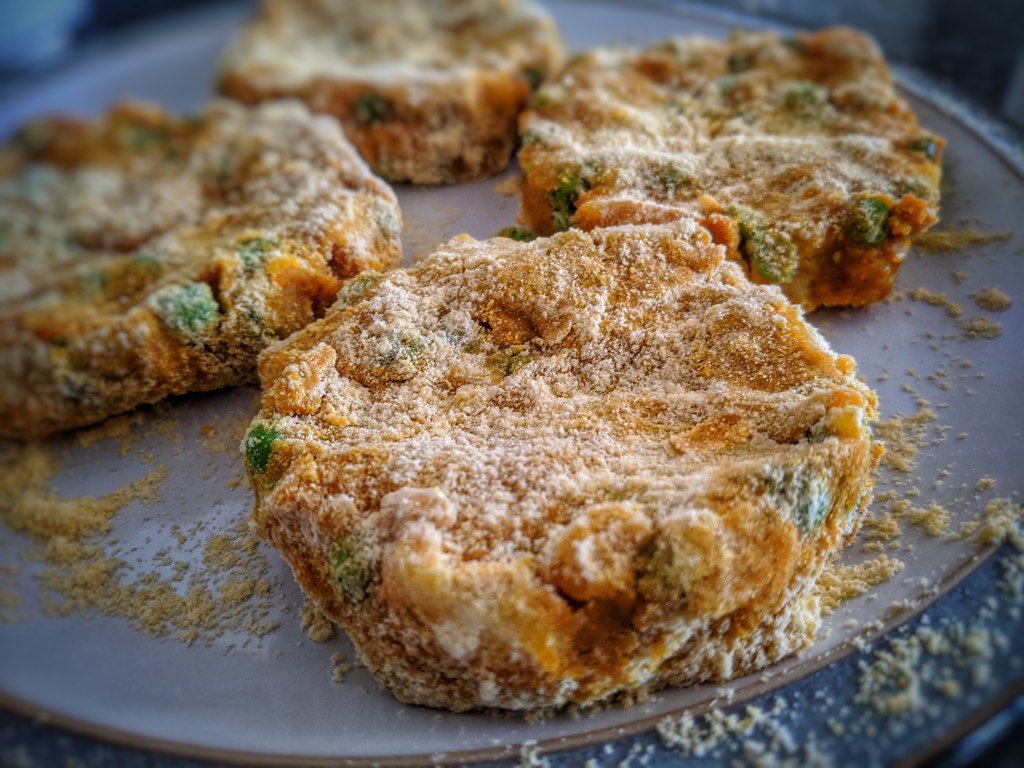