The 3rd Formula 1 tripleheader race remained in Austria for the Austrian Grand Prix. After last week’s cook of Wiener Schnitzel, I went for another meat cook in the shape of Coachman’s Goulash.

I sourced the beef from my local butcher, The Caversham Butcher. They have transformed themselves over the past couple of years and now offer some great produce. If you are in the area it is well worth popping in or they do deliver to quite a wide radius.

For this cook, I did it in 2 stages. I initially slow-cooked the beef chunks on the SNS Kettle using some cherry wood chunks for around 3 hours at around 120°C. I then added the smoked beef chunks to the goulash and cooked uncovered for another 3 hours at 150°C until the meat was tender and falling apart.

The whole cook was on the SNS Kettle using the Slow ‘n’ Sear Deluxe. I have owned this for a few months and have been so impressed with it. Once you get the temperature dialled in, it’s really easy to maintain.

I enjoyed this Coachman’s Goulash dish more than I thought I would. The meat just fell apart and it had a lovely rich taste. I was surprised it didn’t taste a little smokier which disappointed me a little, but it still made a lovely dinner. I also really enjoyed the bread dumplings with this dinner, which I think was a great accompaniment. 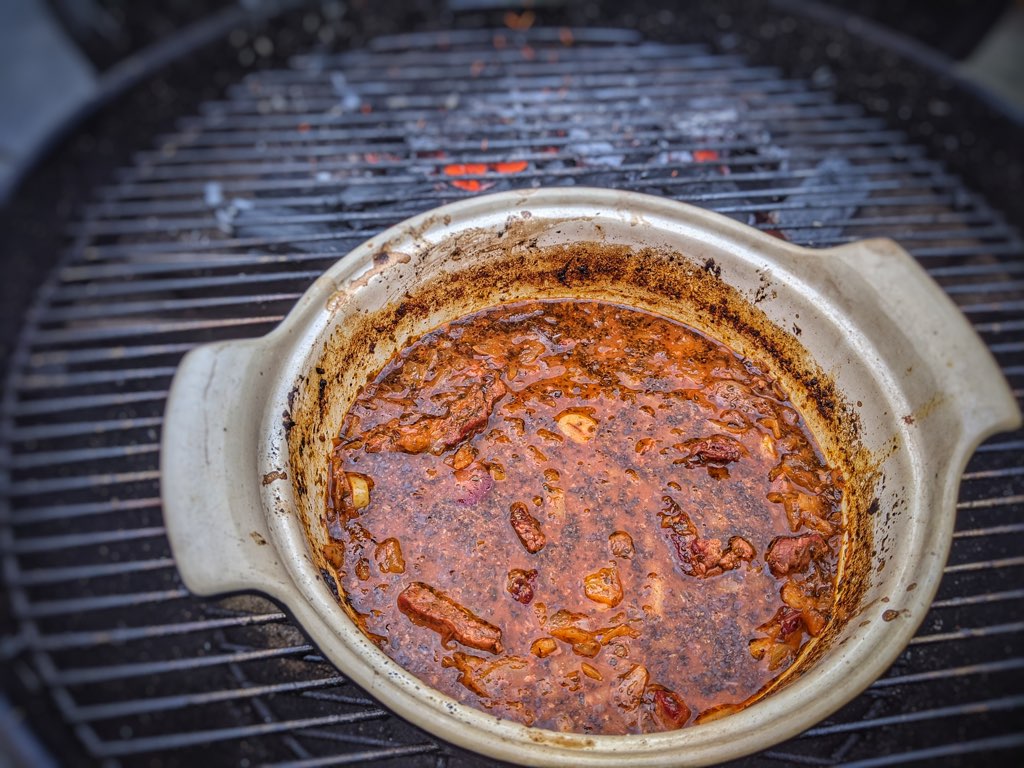 Coachman's Goulash is a stew made with beef which is topped with sausage, fried egg, and gherkins with a warming sauce containing a lovely array of herbs including paprika.
Servings 4 people
Prep Time 15 mins
Cook Time 6 hrs