After hatching the idea to make Cola Chicken Wings after buying the Jack ‘n’ Cola Rub from Angus & Oink, the only thing to do was attempt to create a BBQ Cola Sauce.

I am not massively experienced at creating my own sauces. I have cooked a few BBQ sauce recipes from cookbooks and also did a red pepper and chilli one a few months back, which I was pretty impressed with.

This sauce only has a few ingredients. It is basically a case of slowly adding each ingredient over medium heat and slowly letting the sauce cook. I did need to tweak things as I went along, but was pleased with this one. I made sure that I wrote down the ingredients as I went and amended the volumes as I was tweaking.

I was really pleased with this sauce and it definitely got the thumbs up from my guests. You could taste the cola in the sauce, which  I was obviously looking for. It was quite sweet but had a nice little hint of heat, which slowly built after a while.

I will definitely be making more of this! 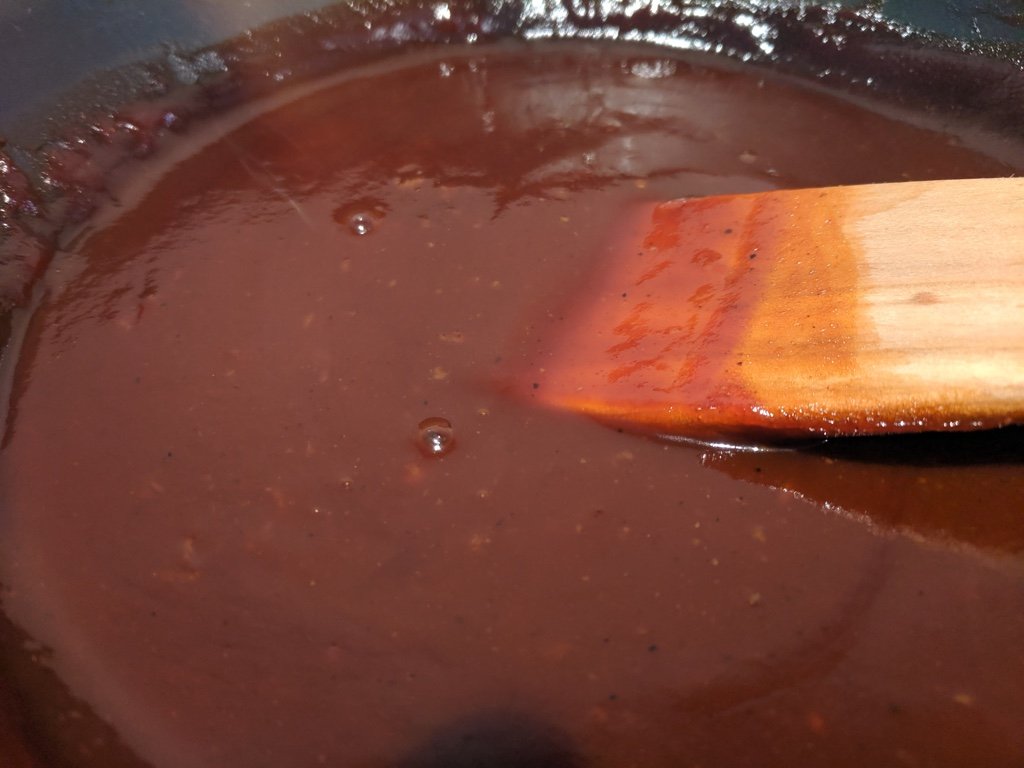 This is my 2nd attempt at making my own BBQ Sauce. The Cola version worked for me. Maybe a couple of little tweaks next time but really did hit the spot.
Prep Time 10 mins
Cook Time 1 hr
Total Time 1 hr 10 mins