When I was browsing on the Angus and Oink website recently, I came across their Jack ‘n’ Cola rub. It sounded a little different, and it gave me the idea of making Cola Chicken Wings.

I don’t know about you but when I get a new rub I like to have a taste. This one was no exception. On opening, I could smell the cola immediately and it also came through in the ‘dip’ taste test. I got quite excited about doing the wings.

For the wings, I marinated them overnight in buttermilk. Quite early in the morning I took them out of the fridge, and removed them from the buttermilk and gave them a wipe to remove the majority of the buttermilk, placing the wings in a food bag as I went and then added the Jack ‘n’ Cola rub, making sure all the wings got a good covering. I then placed them back in the fridge for 5 hours.

Next was preparing the home-made Cola BBQ Sauce.

As with the majority of my chicken wing cooks, I used the BBQ Vortex. The vortex really does make the difference when cooking wings.

I removed the wings about 1 hour before I wanted to cook. I placed a cherry chunk on top of the coals in the BBQ Vortex and then placed the wings around the outside of the BBQ, cooking for 40 minutes.

To finish them off I cooked the Chicken Wings in the Lodge cast-iron pan and added the home-made BBQ Sauce, cooking for 5 minutes before serving.

I really liked these wings. We had quite a few guests over and the verdict was split between these and another batch of wings I did. I really like finishing wings off in the cast-iron, in BBQ sauce as it caramelises and gives a really sticky finish to the wings.

The cola flavour was not as pronounced as I would have liked but that is something to work on. 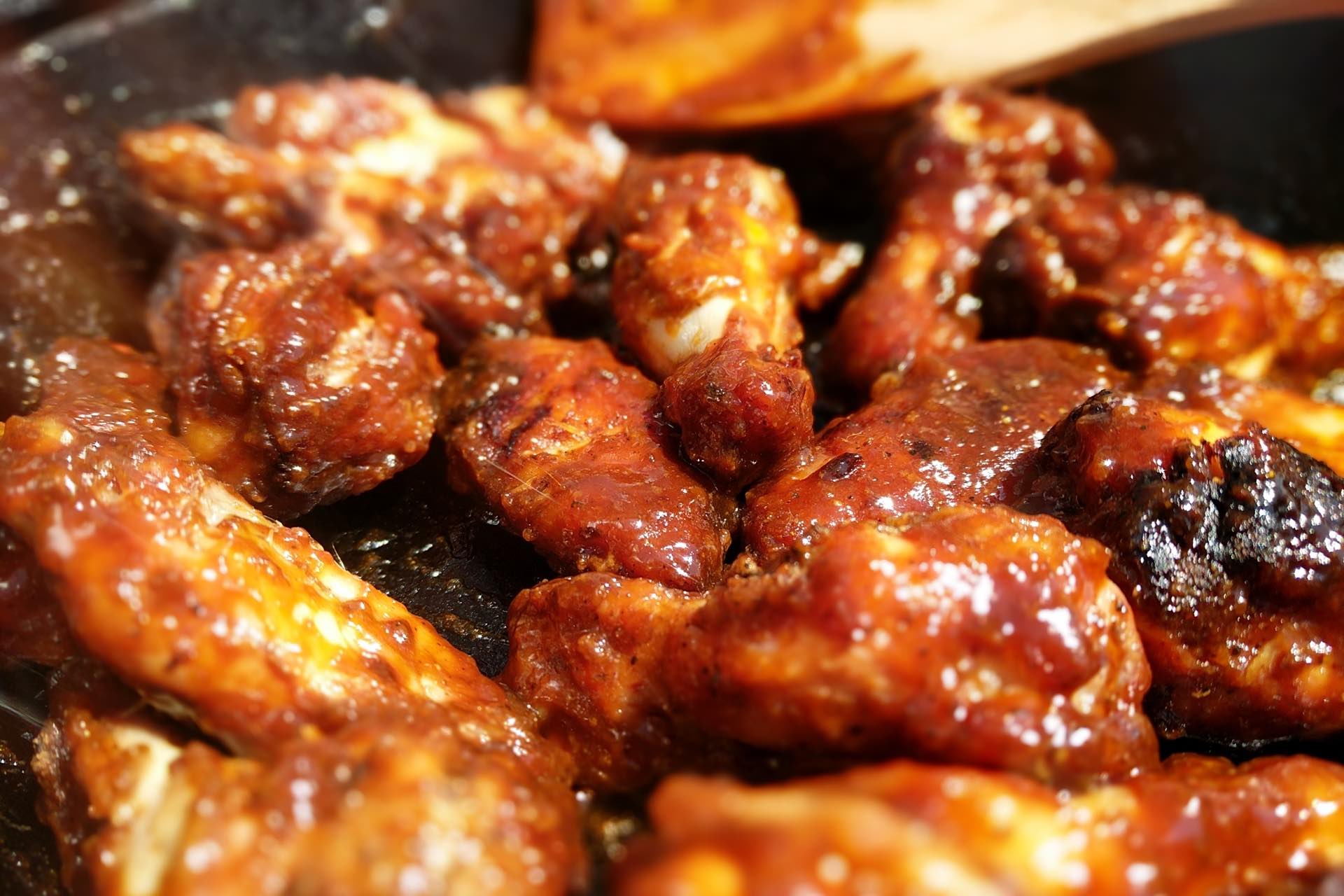