The F1 Championship moved to Saudi Arabia for the penultimate race. It was the first time the race had been held in Saudi and was certainly an eventful one on the new street circuit.

Surprisingly, I struggled a little to choose an F1 cook to do for the last 3 races of the season. I love middle-eastern food but wanted to do something different from what I have cooked previously and also something I could cook on the BBQ.

I came across this Djaj Mashwi (Grilled Chicken) dish, which is a very straightforward paprika-based dish, and thought it would be a good one to try.

For this cook, I used the base recipe from Recipes are Simple.

Once again this required overnight marination. You could get away with just doing it for a few hours but the longer you marinate the more flavour your meat will take on. For the majority of my chicken cooks on the BBQ, I use chicken thighs. I think they are more forgiving when cooking them as you can overcook them slightly and they still remain nice and juicy. For this one, I used chicken breasts.

As always, I took the chicken out of the fridge around 1 hour before I wanted to start cooking. I used the SNS Kettle for this cook with the Slow n Sear. This gave me a direct and indirect area to manage the cook. I primarily cooked the chicken over the direct area of the BBQ to get that lovely chargrilled flavour but used the indirect area to move my chicken around so it didn’t burn.

Once the meat was ready (I was aiming for around 75°C) I took the chicken off the BBQ and let them sit, loosely covered with foil, for 5 minutes before slicing and serving.

This was a really nice cook. The chicken was something a little different with lots of flavour. I served it with flatbreads, an Arabian salad and a garlic yoghurt dip, all of which went really well with the chicken.

This is definitely a repeat cook! 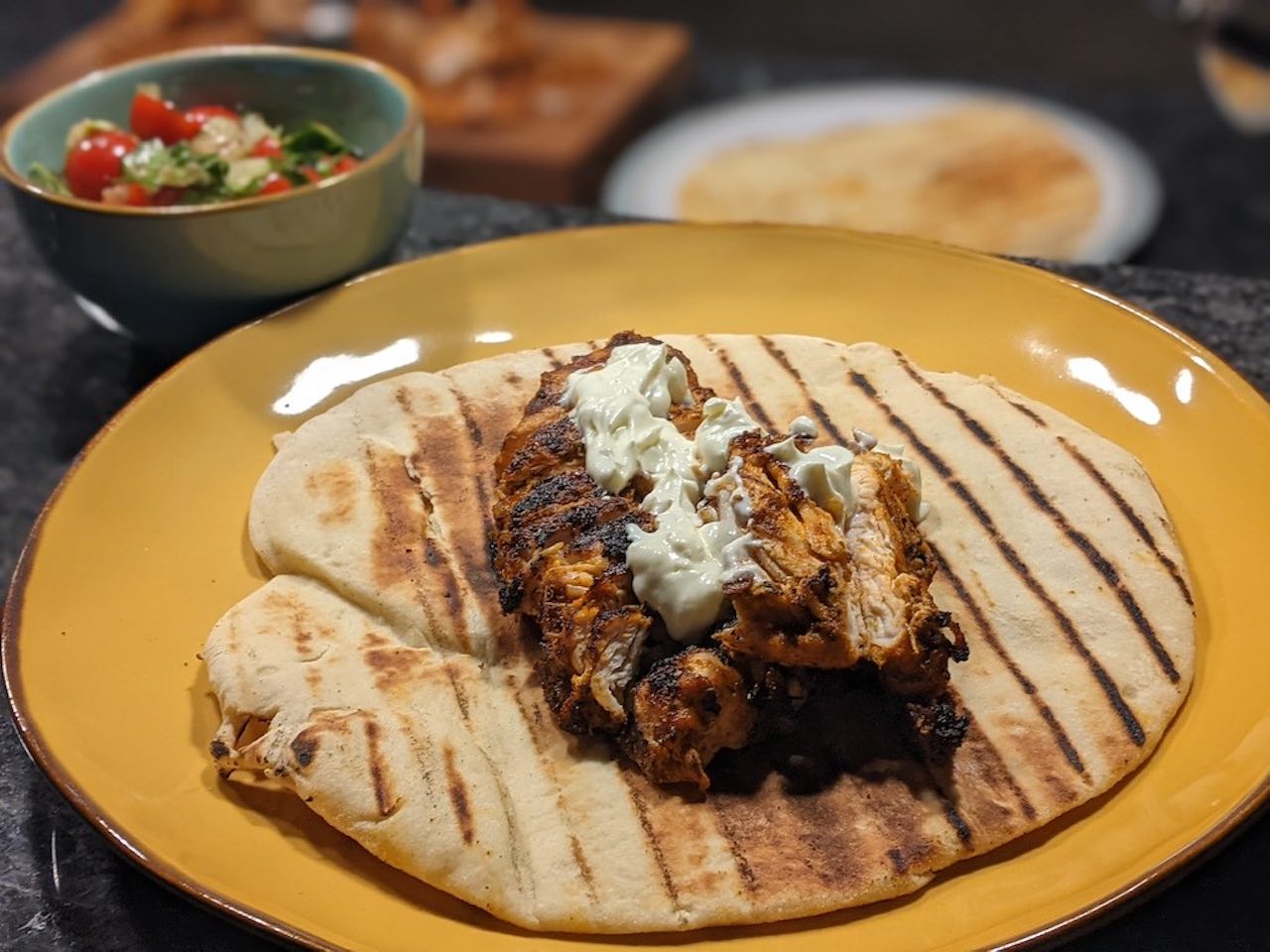