The F1 Circus Moves to Portugal

The third Formula 1 weekend of 2021-22 sees the championship move to Portugal. I have a few cooks planned this week that I am really looking forward to but I started with Febras assadas (Portuguese barbecued pork). This is a really quick and simple cook.

I didn’t have this cooked planned for this week and stumbled on this dish last weekend whilst doing some research. It looked pretty simple to do and as I had planned a Pork Tenderloin cook for this week I thought it would be a good midweek dish to try.

The first thing to do on this cook is preparing your pork. I took the tenderloin, sliced it in half lengthways and then sliced again so I had 4 pieces of pork. Next, using a meat tenderizer I flattened them out to around 1/2 cm each.

Now I moved on to preparing the marinade, which was a simple case of mixing the ingredients together in a bowl and then adding the pork. I let them marinate for around 1.5 hours (I think less would have been better).

Next, I got the BBQ up to heat. I used the Char-broil 4600S for this cook, and it was a case of cooking the pork for 3 minutes on each side. Finally, I plated and served with Celeriac Chips.

This was a relatively late cook in terms of prep and planning. I chose it because it looked simple, which is ideal for a weekday cook after work. The pork was really tender with some lovely grill marks, but there was too much of a wine taste on the meat. I think the way to resolve this would be to reduce the marinating time which would really help with the overall taste. 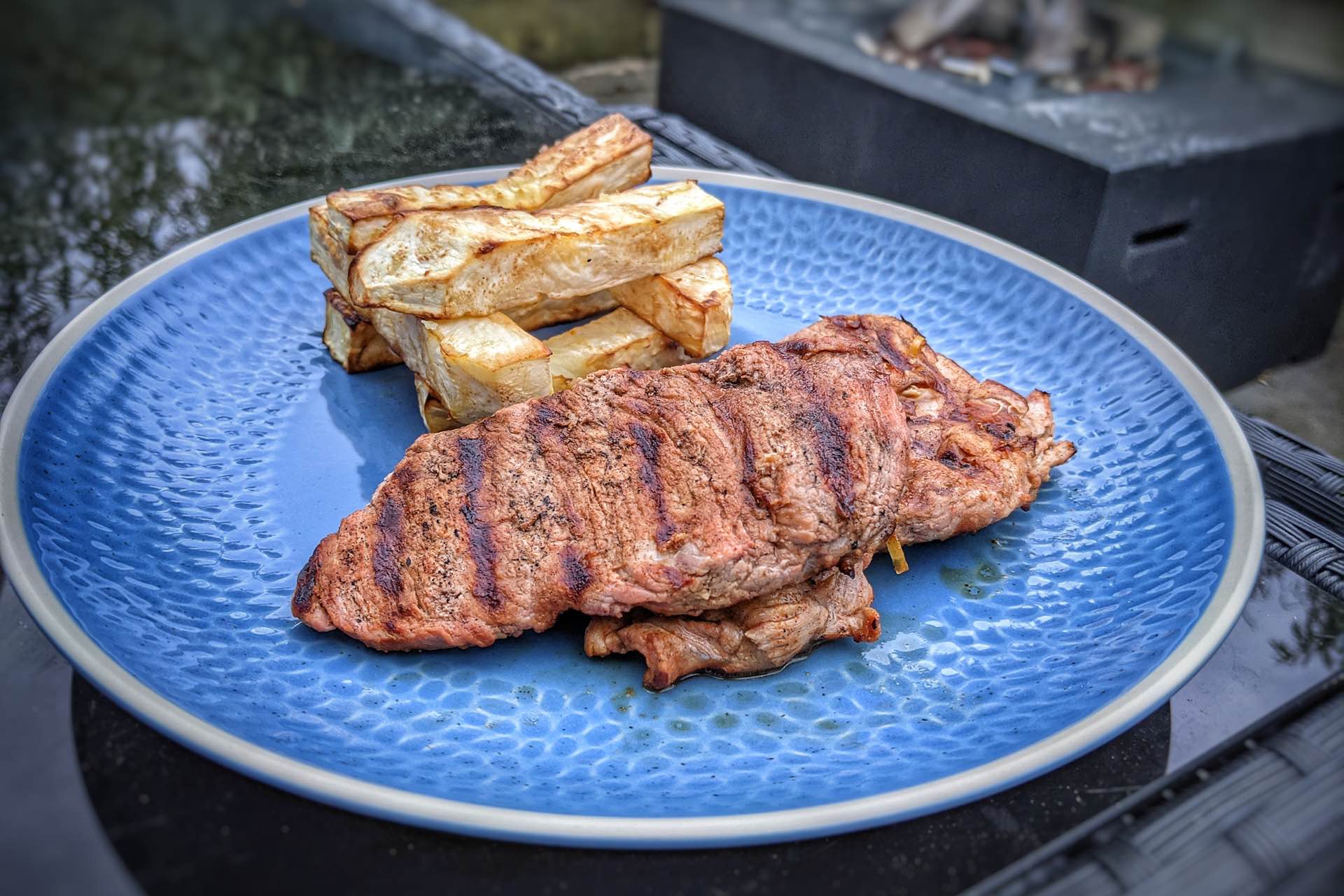