I was lucky enough recently to be sent the new range of rubs from Howard at The Smokey Carter. It was totally unexpected and a really nice surprise to get them, and I got even more excited when I saw one of the new rubs was a Greek Gyros BBQ Spice Rub.

It’s described as a ‘Greek-inspired Shawarma Seasoning’. Doing a ‘finger dip’ test is really pleasant, with a slow build-up of spice, complimenting the flavours you would expect in a middle-eastern rub.

The next question was what should I try it on first. It had to be chicken – quick and easy and great in a wrap.

I placed the Chicken Thighs in a bowl and sprinkled them with the rub, before mixing well and sticking them in the fridge. They were only marinated for around 4 hours so next time I would do them overnight.

I used the gas Char-broil 4600S to cook the chicken which took around 12 minutes in total. After the chicken was cooked I quickly grilled the mini-Piadina (flatbread) from Crosta & Mollica on each side, before slicing up the chicken and plating it up. To finish the dish I topped each mini-flatbread with some homemade Tzatziki.

It’s near been 2 years since I discovered the rubs from The Smokey Carter. I can truly and honestly say none of them ever fail to impress. I do love them all (although I do have my favourites). The new Greek Gyros BBQ Spice Rub is no exception, and it worked amazingly well on the chicken served on this mini-Piadina. 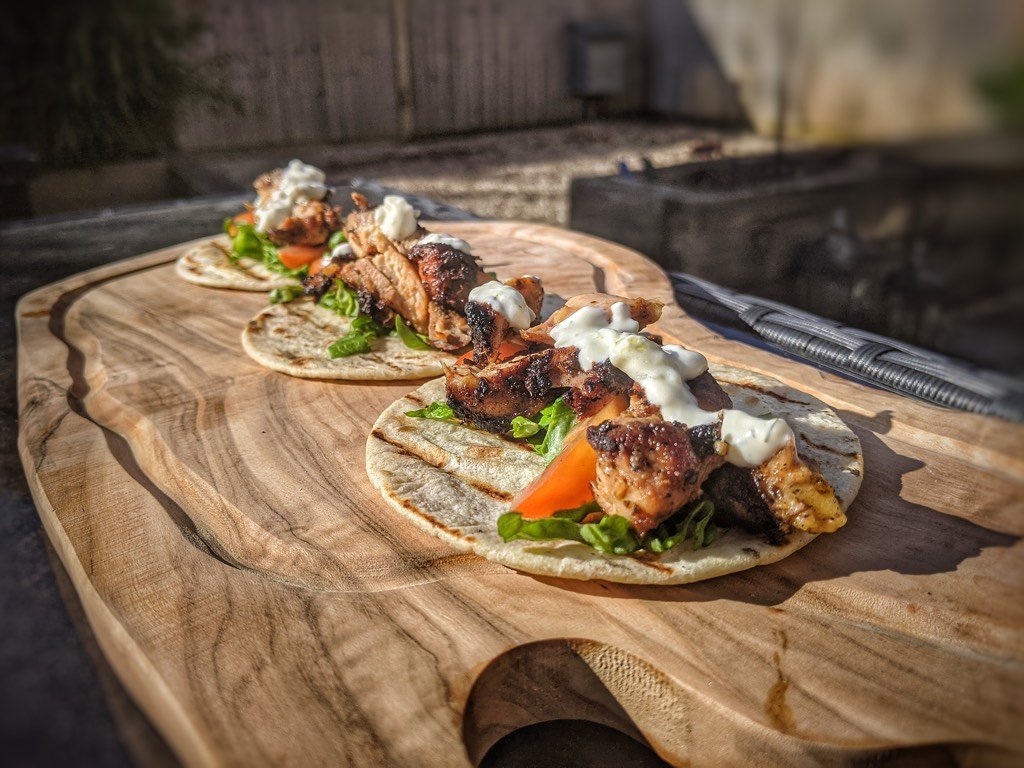