I previously owned the Weber Pizza Stone, where the RRP is £34.99. However,  I got bought an OONI 3 pizza oven, and for me, there is no comparison between the two. Since the OONI came on the scene the pizza stone did not make an appearance.

I got sent this pizza stone from Hans Grill to write a review on and the best comparison would be with the Weber pizza stone as the OONI does cook pizzas better than both.

The Hans Grill pizza stone retails for £34.99 on Amazon so is priced similar to the Weber, although because of the brand name I could see people leaning towards the Weber.

What’s in the Box?

The Hans Grill pizza stone comes in a really nice box. On opening, the pizza stone is really well packaged, with lots of foam to protect the stone. In addition to the pizza stone, you also get a nice wooden peel which will help get your pizza on and off the stone.

I had read some previous reviews on this stone and as other reviewers mentioned it doesn’t come with any English instructions, but I didn’t see this being an issue.

Overall, my first impression was that this was a good quality product.

How Does it Cook?

Before cooking on it I gave it a wipe over with a clean cloth and water. For the cook, I got my BBQ up to 250°C and then placed the stone directly above the charcoal and left it for 10 minutes before checking the temperature of the stone which was reading around the 290°C mark. 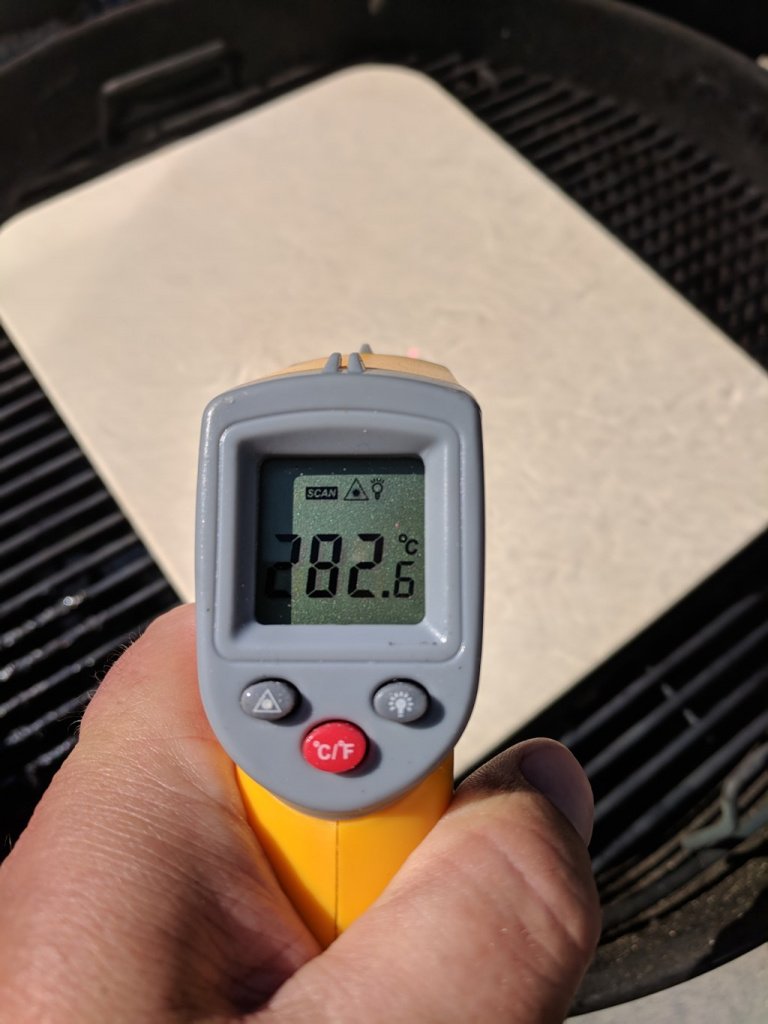 At this point, I placed the pizza on the stone cooked for around 10 minutes (although around 8 minutes would have been enough). I used dough from The Northern Dough Company, which is typically what I use on the OONI. The pizza dough was really well cooked together with the toppings.

An aspect I really like with the Hans Grill pizza stone is the rectangular design of this stone which easily fits on a 57cm Kettle BBQ. It just gives that extra bit of space when trying to get the pizzas on and off the stone, so personally feel I feel it has that convenience factor. In addition, you could get 2 small pizzas on this stone, which again may be an attractive feature. 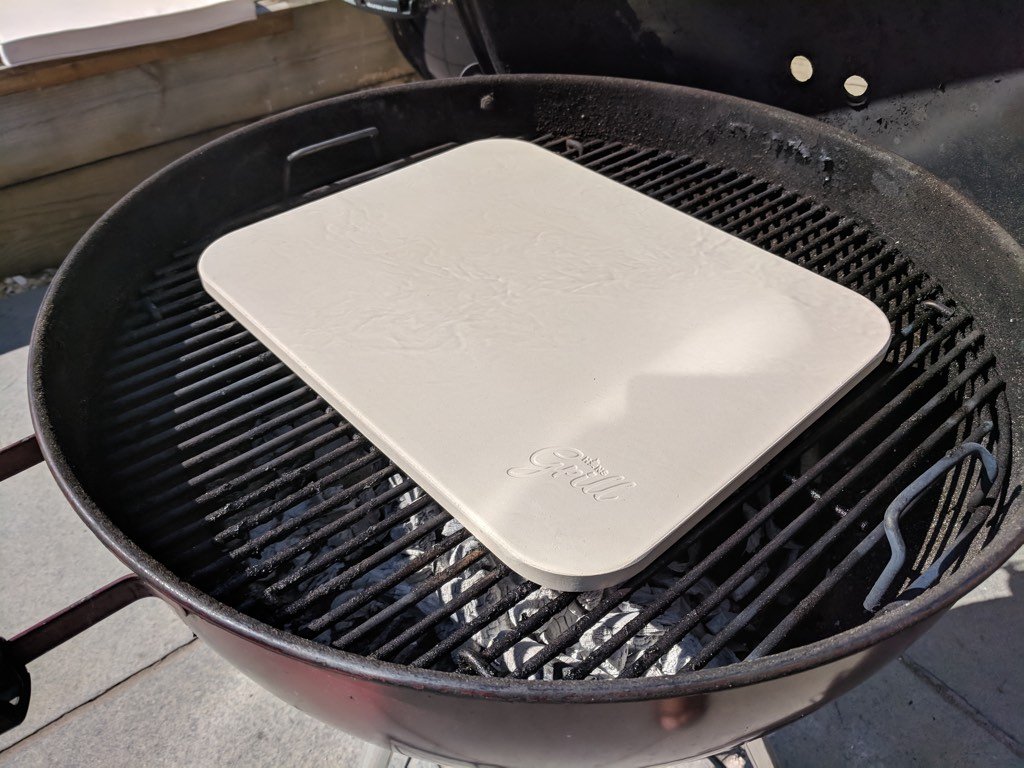 Overall, I don’t feel there is a great deal of difference between the Hans Grill pizza stone and the Weber. They are at a similar price point and both provide a similar cook. Personally, I think the Hans Grill pizza stone is better to cook on due to the extra space thanks to the rectangular design. You also get the wooden paddle included which again is a nice addition. 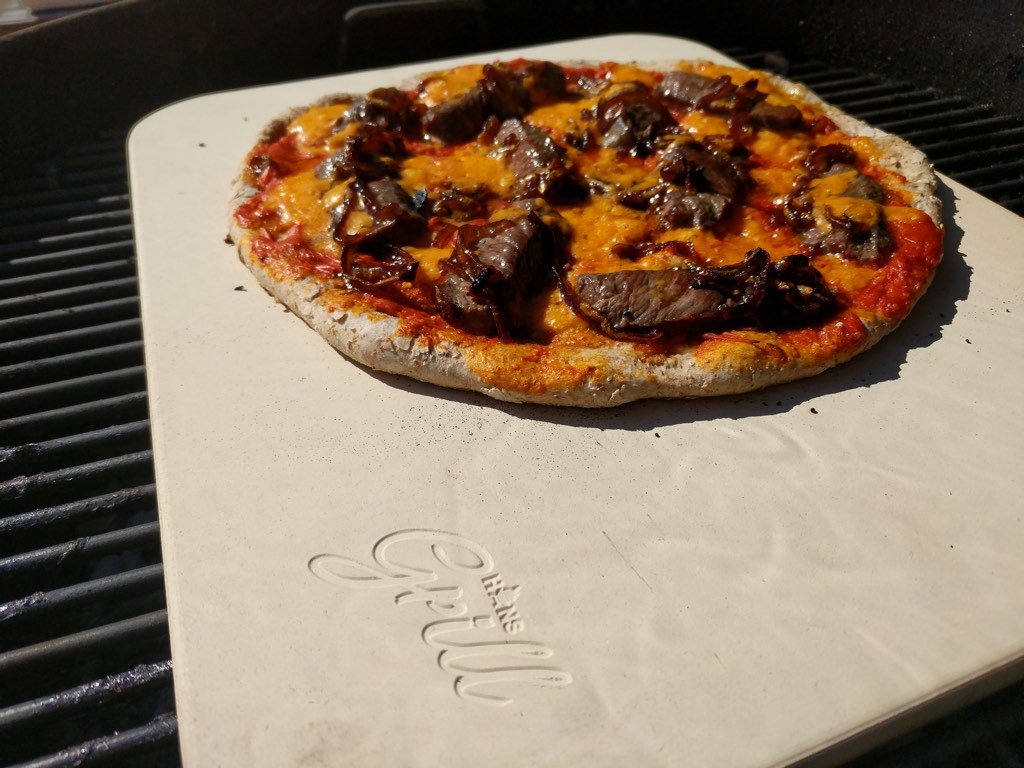 Some people may prefer the Weber stone, due to the brand name. Both stones give a similar cook and ar a similar price so either will do a good job of cooking pizza on the BBQ.

The Best Chicken Kebab Recipe (Ever)?!