Unfortunately, we don’t really have any local fishmongers. The supermarkets don’t offer a great deal of choice, so over the past year I have been using online fishmongers, and I can’t recommend them enough.

This is really quick and easy to prep and cook. Start by mixing all the ingredients in a bowl and cut your Monkfish into cubes, approximately 3cm across. Add the Monkfish to the marinade and stick in the fridge for around 1 hour.

I used the Weber GBS Kettle for this cook, using the Russian Skewers. I can’t recommend them enough. They make doing any type of kebab on a skewer so easy.

When I cook any type of kebab I will bank the charcoal to one side so I have a direct zone where I will typically cook the kebab but if for any reason they start cooking too quickly you have the indirect area to play with.

I planned on cooking these for around 8 minutes but ended cooking them for double the time.

These came off better than I could have imagined. I wanted to avoid having them too spicy so they over-powered the Monkfish, but the flavour was spot on. I have planned to sprinkle the Monkfish with 1/2 teaspoon of turmeric and let them sit for 30 minutes before mixing with the marinade. I will do this next time.

I was also a little concerned at the cooking time, but the Monkfish was spot on. Worked perfectly with the home-made Pita and salad! Really pleased with this one. 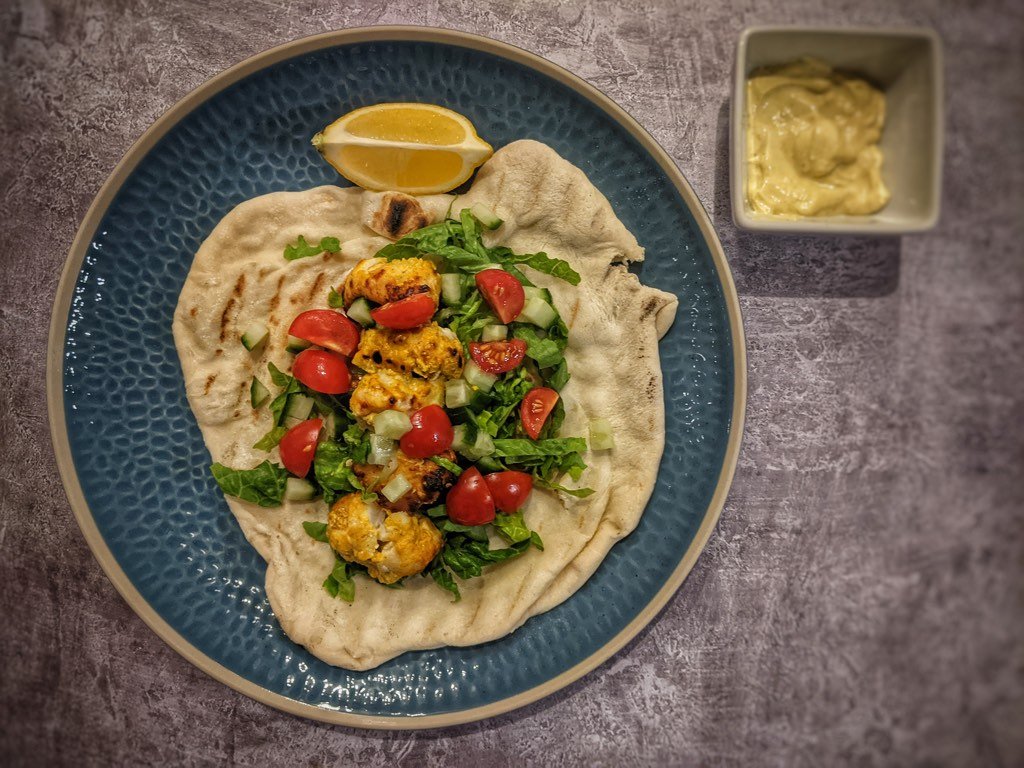