As part of the lockdown, we all find ourselves in, we are being much better at using up food. We had some oranges we needed to use so did an internet search got inspired to do this Orange Glazed Salmon.

The base recipe was inspired by a Hairy Bikers recipe on the BBC Food website, which I put my own take on.

The first thing to do is to prepare your marinade and then add the salmon. Stick in the fridge for an hour.

I then got the BBQ queue on, using the Char-broil Kettleman, setting up with a direct and indirect zone. I also used a Silver Birchwood chunk for this cook. When I was ready to cook I removed the Salmon from the marinade and placed it on the indirect of the BBQ.

As the Salmon cooked, I prepared the Oranges before adding the Salmon, Orange Juice and remaining marinade to the Lodge cast-iron pan to glaze the salmon.

I wouldn’t say I am a huge fan of Salmon in general. It fits into one of those foods that I think is okay but can take it or leave it. This recipe really took it to a different level for me. The marinade itself was lovely but mixed with Orange to form the glaze on Salmon, which was something else.

I really enjoyed this cook and especially eating it. This is one that I have no doubts will become a firm favourite in our home. 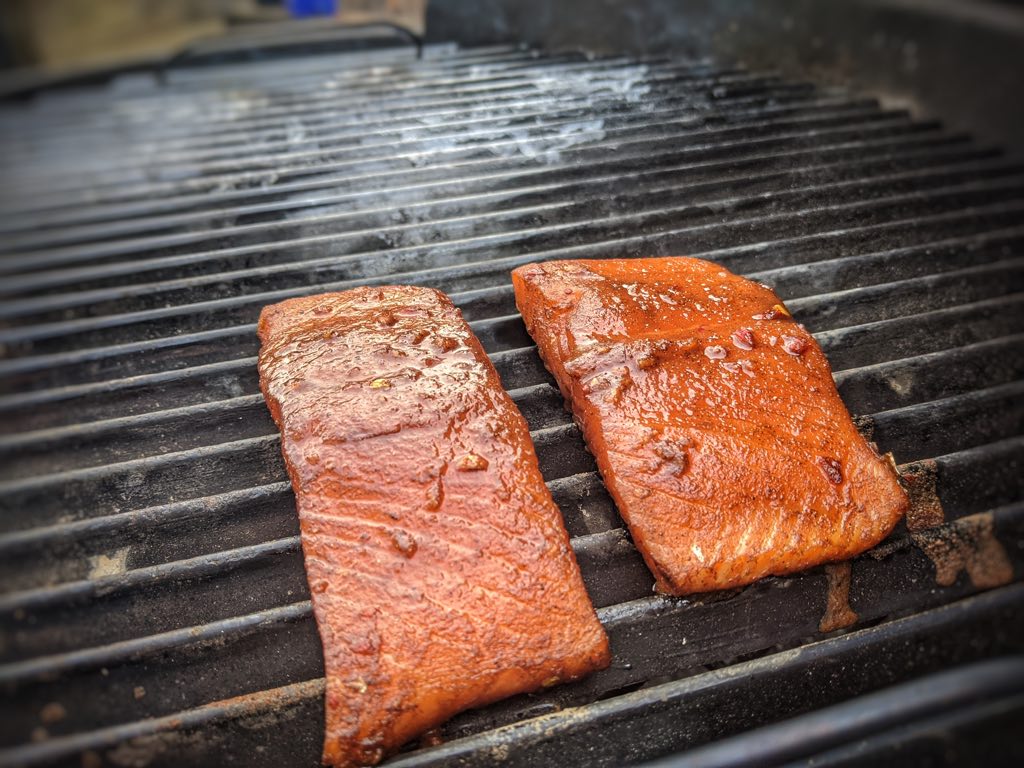 Salmon has always been something that is ok – I can take it or leave it. However, this Orange Glazed Salmon recipe knocked my socks off!!
Prep Time 15 mins
Cook Time 25 mins
Total Time 40 mins