Pheasant is definitely an autumnal food. Now that it is in the season it was time to try it on the BBQ.  I  purchased a pheasant from Waitrose which had some bacon covering the crown. With game birds (especially ones that are small) it is a good idea to introduce some fat to help keep the meat moist. I used my Weber GBS, using Australian Heat Beads, prepared in a half-full Chimney Starter.  I also added a couple of chunks of Cherry wood to get some nice smokiness and colour into the meat.

And for the salad…..

The salad was quite simple to prepare. Just get some mixed salad leaves and cut up some baby tomatoes. I always go for ones on the vine as I think they taste so much better. Sprinkle some small feta cubes over the salad. Cut the hard stalks off the figs and cut them into quarters and add to the salad. Finally, boil the Quail Eggs for 2 1/2 minutes, immediate plunge into ice-cold water and then peel. Cut in half, although be careful as the yolk will be a little runny, then add these to your salad.

Finally, slide the rested Pheasant and add the meat to your salad. 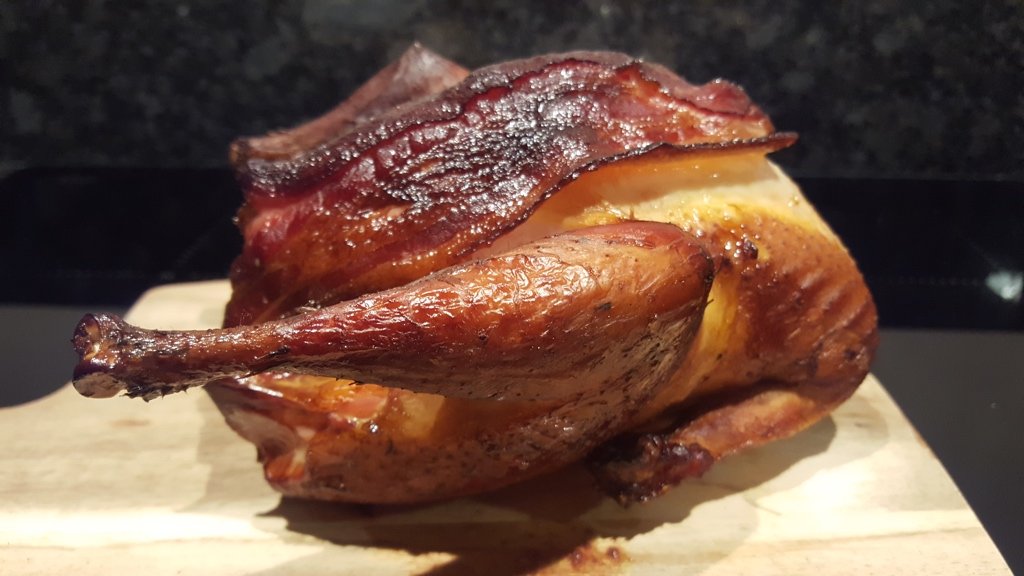