Portugal – It had to be Sardines!

A little predictable I know, but as one of the Formula 1 cooks, as the championship moves to Portugal, I had to cook Sardines.  I love Sardines at the best of times, so didn’t really need an excuse to cook these again.

I have cooked Sardines on the BBQ a few times. Typically I will just season with some Olive Oil and a little salt. This recipe adds a slightly different flavour to the Sardines and one that will become the norm for me.

I bought these Sardines from AO Seafoods. They came filleted, which I wasn’t concerned about either way, but kind of nice not having any bones in them at all. Having them filleted did mean I had to be a little more careful with them when they were cooking on the BBQ.

I marinated these for around 1 1/2 hours in the fridge. As the BBQ was coming up to cooking temperature, I removed the Sardines from the fridge. At this point, I prepared the Garlic Bread and finely sliced the Parsley.

Once the Char-broil 4600S was at cooking temperature, I simply cooked the Sardines for 3 minutes on each side and the Garlic Sourdough for 4 minutes each side.

Anytime I get the chance to eat Sardines I will.  I don’t know if it is because of the memories I associate with them which is sitting abroad, glowing after a day in the sun, eating Sardines whilst glugging a cold glass or white wine.

I loved this recipe so much. It was much tastier than just doing the Sardines in Olive Oil and Salt and I have a feeling this is going to get repeated many times over the coming summer months. Next time with a glass of wine!!! 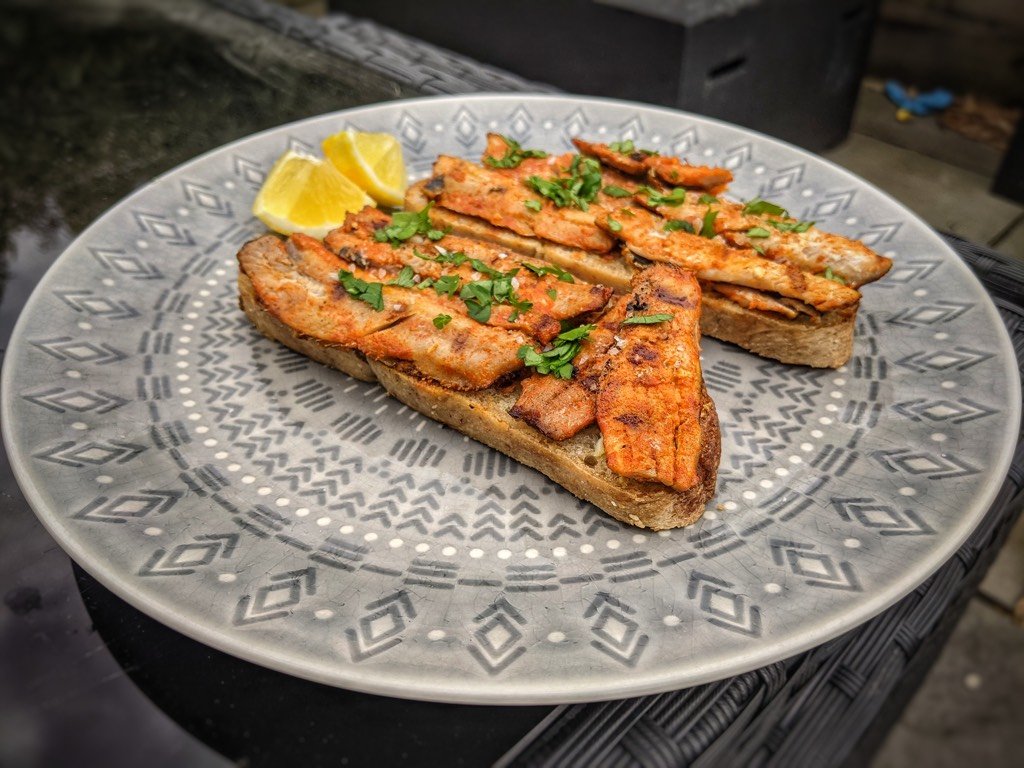 This dish is so simple to prepare and cook but provides such a tasty lunch or appetizer.
Servings 1 person
Prep Time 10 mins
Cook Time 10 mins