I really love slow-cooked pig cheeks, especially when cooked low ‘n’ slow in a smoker. When they are cooked right they end up so tender where the meat just falls apart at the touch of a fork (or a spoon).

This was the first time I had planned to pull the pig cheeks. As a result, I planned a slightly longer cook than normal and planned to cook them for around 7 hours.

For this cook, again I used Australian Heat Beads. I had quite a few pig cheeks that were ordered from Farmisons & Co. For half of the cheeks I used the Charcoal BBQ Rub, and for the other half, I used the Ancho Coffee BBQ Spice Rub from The Smoker Carter.

I set the smoker up at 235°F and added the pig cheeks directly onto the grate. I added a few cherry wood chunks and then cooked the cheeks for around 3 hours.

When I took them off I pulled and them gently with a fork and they fell apart.

I have slow-cooked pork shoulder a few times now to make pulled pork. I love it every time I do it. However, these pig cheeks produced such fantastic tasting meat. They were really smokey but were also quite moist from the braise and the meat literally melted in my mouth. I was also surprised how much meat I got from the pig cheeks. These will definitely be getting cooked this way again. 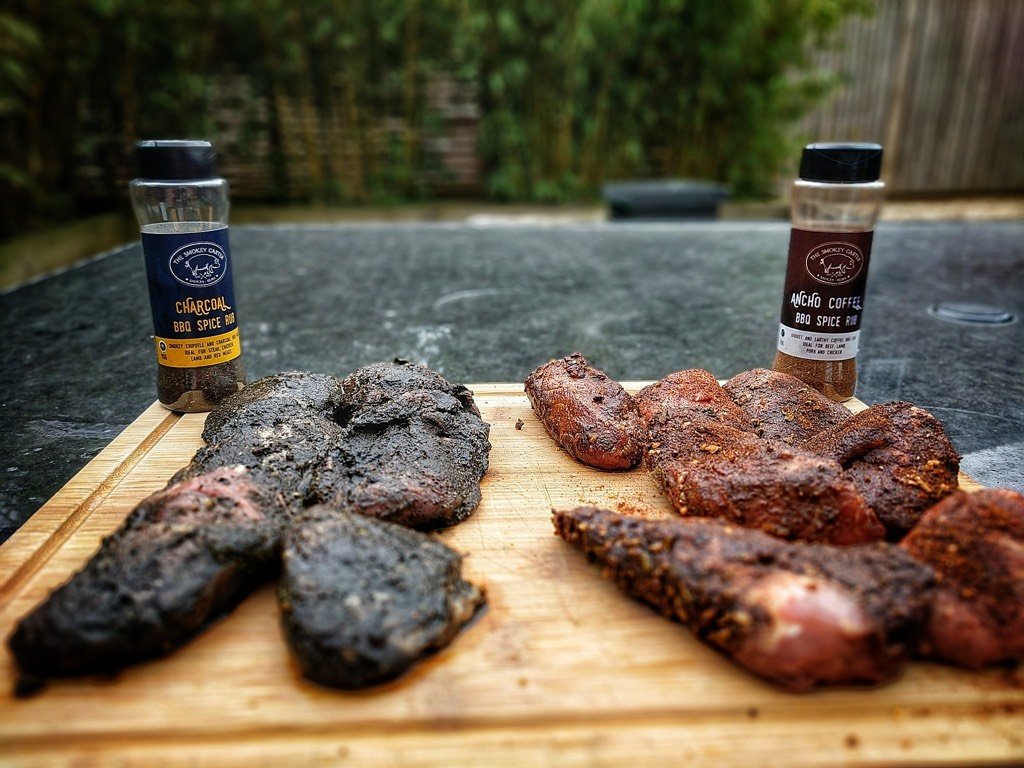