I’ve been cooking much more fish on the BBQ recently and had seen Ray Wings in my local Waitrose, which made me a little curious about what they would be like. I had never tried tasting them, nevermind cooking them before.

I searched the internet for a recipe and found one on BBC Good Food which looked pretty good, so set about cooking these wings with a couple of tweaks to the ingredients and also the cooking method.

Ray Wings are pretty meaty and they hold together really well so were ideal for cooking on the BBQ. I bought 1 whole wing which I sliced in half to cook on the BBQ. I would definitely do this recipe again. It made for a really tasty and light lunch. 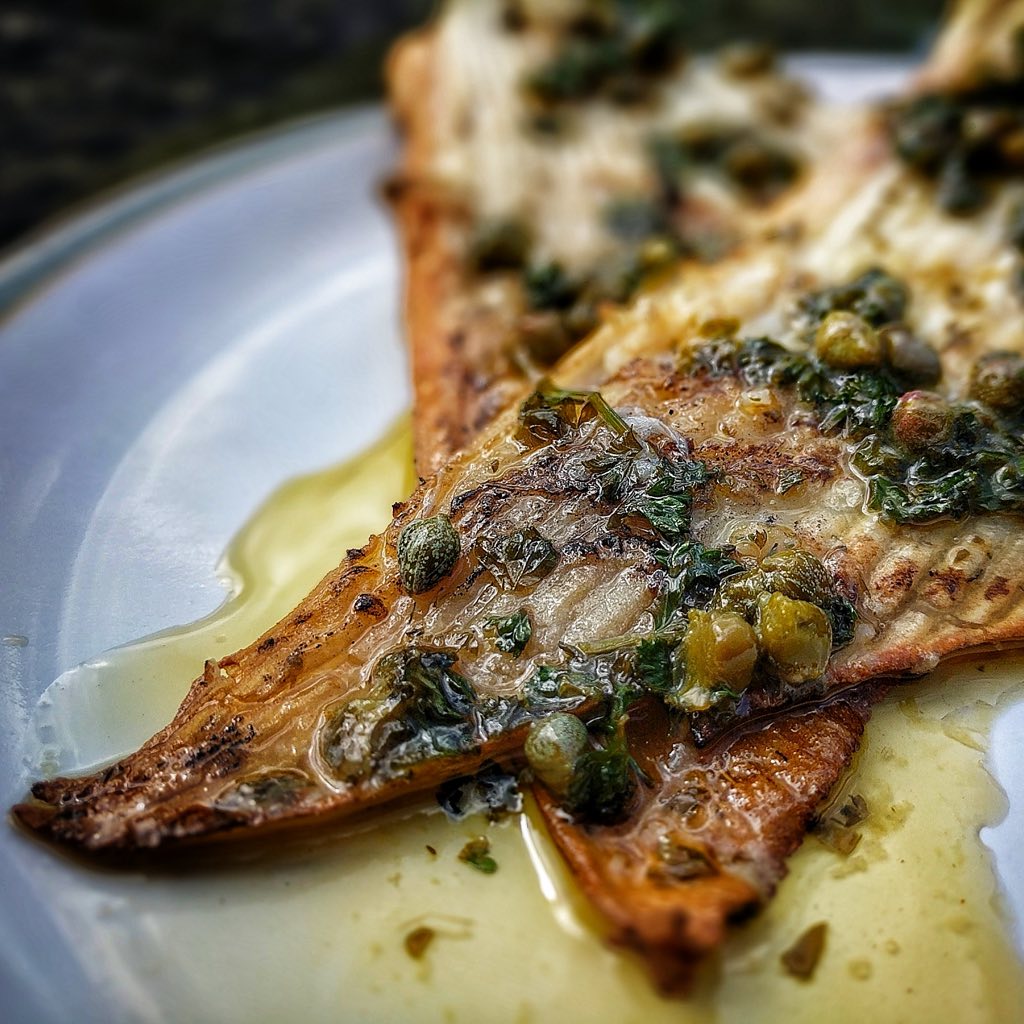