A few weeks ago, I cook Smoked Lamb Barbacoa Carnitas. The Dorset Meat Company has recently launched a BBQ Pitmasters Range, which has some great cuts. One of them is the Grass Fed Slow Cook Barbacoa Chuck. I don’t eat Beef Chuck very often so was curious to see how this would turn out.

As the beef came pre-marinated there was very little to do in terms of preparing the meat.

I took the meat out of the fridge first thing in the morning and set up the smoker, getting it to sit at a temperature of 235°F. This tends to be the temperature that I start most my cooks off at.

Once the smoker was ready, I added cherry wood chunks and then the Beef. As a general method is to cook cuts like this for around 3 hours aiming for an internal temperature of 160°F. I will then braise the meat for the remainder of the cook.

Once ready, I removed it from the smoker and tightly wrapped it in foil. Finally, I pulled the meat after around 30 minutes and served this on Tacos with some of the sauce drizzled over.

We had the 2kg chuck and it produces ALOT of meat. There were only 2 of us so we used some of it on pizzas the next day and then used the remainder to make a Chilli-con-Carne.

This was another really enjoyable cook. I love any type of taco but it’s really satisfying when you cook pull-apart meat to fill them. The beef pulled so easily and had a great flavour, with a subtle heat.

I’ll definitely be ordering this again! 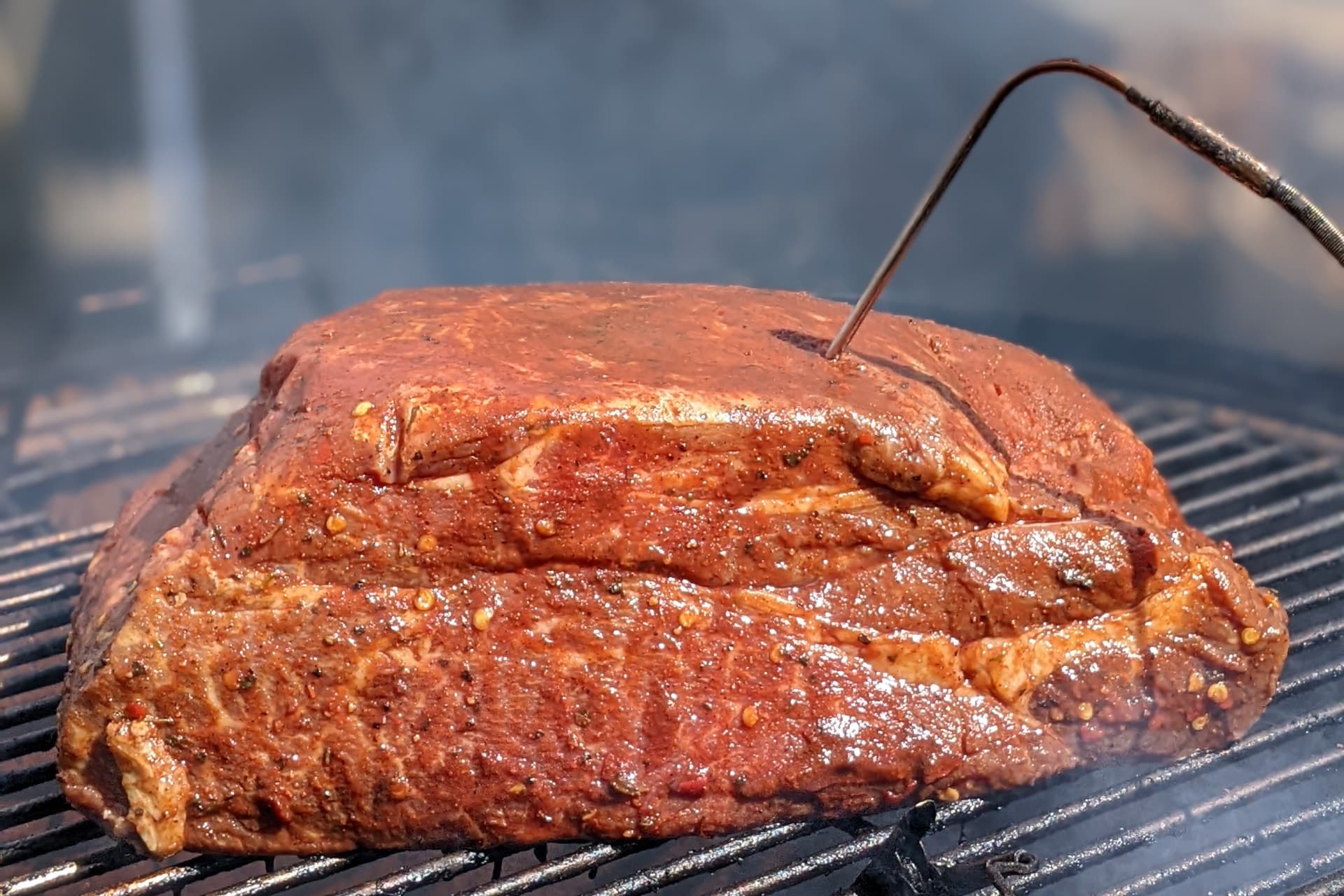