Spending time growing up in Cyprus, has influenced my love for Mediterranean and specifically Greek food. You can see that in the food I cook, with a strong leaning toward Mediterranean cuisine.

I also love slow-cooked meat, which not only gives the flavours time to infuse but produces fall-apart, melt-in-the-mouth meat

These Lamb Shanks were from Swaledale Butchers, and were calling out to be slow cooked using Greek flavours. I have been using Swaledale for the last few months. They have some great cuts available, and all the products I have tried have been spot-on.

I have used this same marinade and method to cook Kleftiko using a Lamb Shoulder.

Set your smoker up, aiming for a steady temperature of around 235°F. This will fluctuate a bit so just remain relaxed if it does.

Once the meat went on, I added 4 cherry wood chunks. I typically smoke the meat until it hits a temperature of 160°F, and then add to a braising liquid in a foil tray and with foil. I start checking the tenderness of the meat once it hits 203°F and depending on how it feels will take it to 207°F. This is something I started to do after cooking (and failing) with Beef Cheek cooks.

If I was told there was only one cuisine I could eat for the rest of my days, Greek food would be high on that list. It is food that really makes me happy! This cook was no exception.

The meat was so tender and just fell away from the bone. It takes a little effort to cook but it is so worth it. Great flavours, amazingly tender meat, what is there not to like!!! 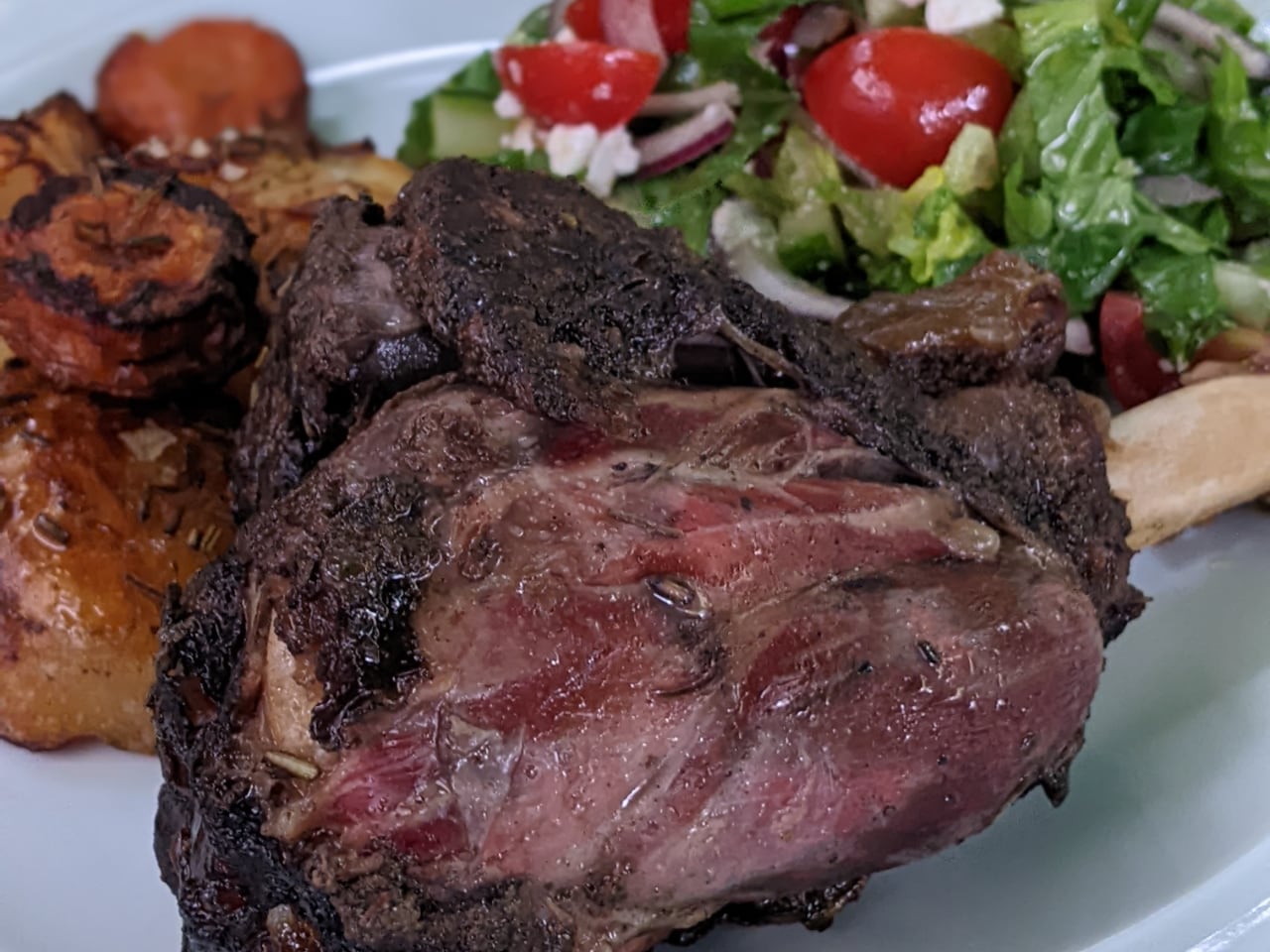