As the F1 Grand Prix moved to Hungary, I was debating what to cook for the weekend. Goulash would have been the obvious choice, but I did a Goulash for one of the Austrian cooks a couple of weeks previously. I stumbled across this Chicken Paprikash dish and not only did it sound lovely, but I thought it would convert well to being cooked on a BBQ.

As the name of the dish suggests it uses ample amounts of Paprika but it’s definitely not as over-powering as I thought it was going to be.

I started the prep by sprinkling the Chicken Thighs and Legs with some Paprika and put to one side.

Once again, I did the cook in 2 stages. I initially grilled the Chicken on the SNS Kettle, giving it some nice char on both sides. This was both to give it some colour but also get some of that grilled taste into the meat.

I then added the Chicken to the casserole dish and started adding the remaining ingredients. I did the cook with the lid off and had added a cherry wood chunk to the coals to try to infuse some smokiness into the dish.

To serve I spooned onto a plate, with a fair amount of the sauce and added the dumplings.

As mentioned above this did not taste as much of Paprika as I would have expected, which was a nice surprise. It was quite rich and creamy, with the smokiness from the BBQ definitely coming through.

The dumplings went really well with the Chicken Paprikash, and I can see this appearing on our dinner menu again. 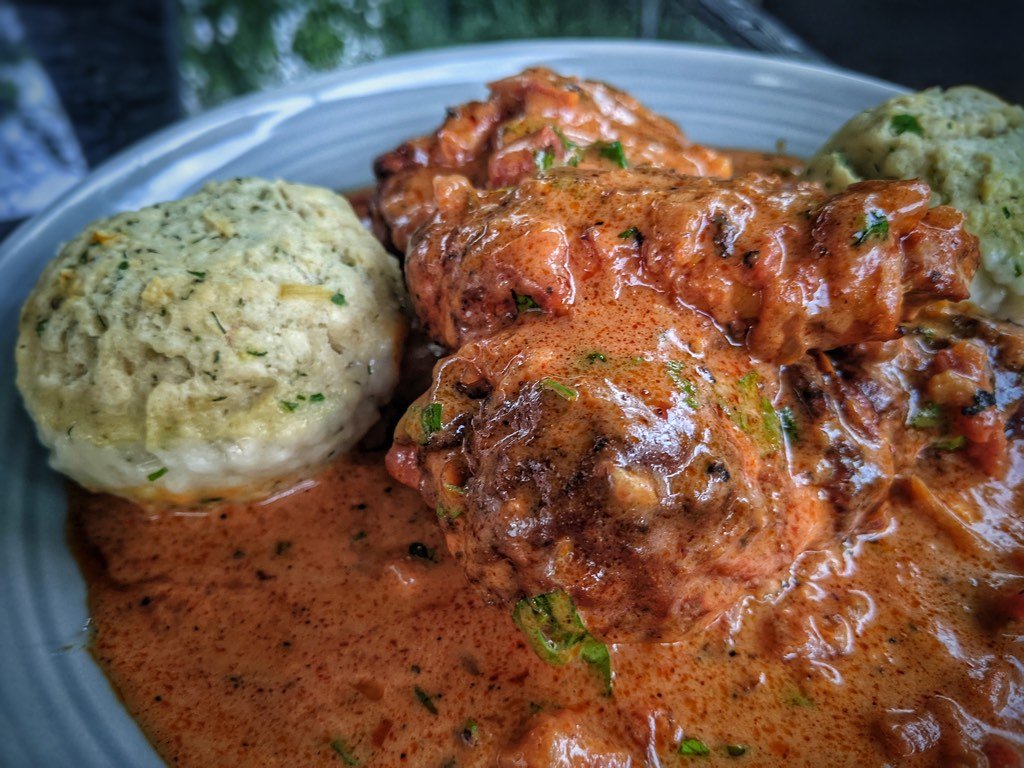