The Formula 1 Grand Prix moved to Monaco this week and for the F1 cook, I decided to cook Socca, a Chickpea Pancake.

Socca is quite prevalent in this region of the Mediterranean, and you may found it called different names such as Farinata in Italy. It is traditionally cooked on a wood-fired oven on a round copper plate.

It is a simple recipe, with very few ingredients. The majority of the recipes I looked at recommended equal parts of flour and water, with a little added salt.

I made my pancake mixture around 3 hours before I wanted to cook. Most recommendations I saw said to leave the mixture about 30 minutes before cooking with some saying leave overnight.

I decided to cook this on the OONI Pro, and used a mixture of charcoal and wood, getting the oven to 350-400°C, before placing a Steel Skillet in the OONI to warm up. Taking the skillet out after 10 minutes, I added the Olive Oil giving it a good swirl around, before adding the pancake mix and placing back in the OONI.

I had decided to cook for 10 minutes and give it a turn after 5 minutes, but when I checked it, the pancake had already cooked and was a little burnt, but fortunately still edible.

This is a really simple dish to make and can be ‘pimped’ up by adding your own preferred spices and flavours. I really liked the texture, and we ended up serving this with Houmous and some Slow-Cooked Tomatoes, both of which went really well with it. 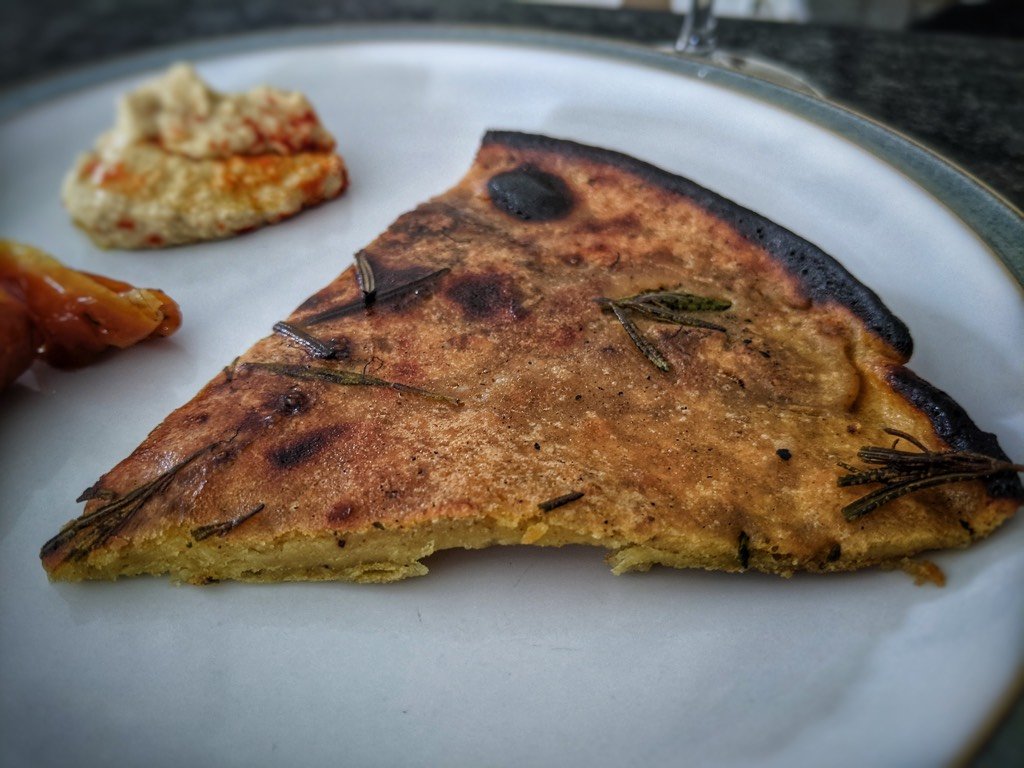 This was the first time I cooked Socca. I went fairly light on the added spices but next time think I would be a bit more generous with the Cumin and Za’atar.