For another F1 cook as part of the Spanish F1 Grand Prix weekend, we decided to do some Tapas. The majority was bought (from Basco Fine Foods) but I decided to make a Spanish Tortilla, fully cooked on the BBQ.

Overall, this was a relatively straightforward cook. It uses relatively few ingredients and is really a case of getting the temperature right in your BBQ.

I typically set my cooks up for 2 zone cooking. For this cook, I was using the SNS Kettle with the Slow ‘n’ Sear, which really helps with this type of cook where you are looking to bake rather than directly grill.

Once the BBQ was up to the desired temperature I added the steel skillet and started the cooking process. I was tempted to add some extra wood chunks for this cook but am so glad I didn’t. For the most part, I use charcoal when cooking, and the smoke just from the charcoal really got taken on by the egg. I really liked that although my wife was less keen. Had I added a wood chunk I think it would have been far too much for this dish.

The other slight challenge was the flipping. The egg had stuck to the skillet slightly so I had to carefully use a fish slice to loosen the Spanish Tortilla before flipping it.

Cooking the Spanish Tortilla on the BBQ worked really well. The overall cook went great and I liked the smokiness of the finished Spanish Tortilla. I am not sure it would be to everyone’s taste but personally, I enjoyed it. 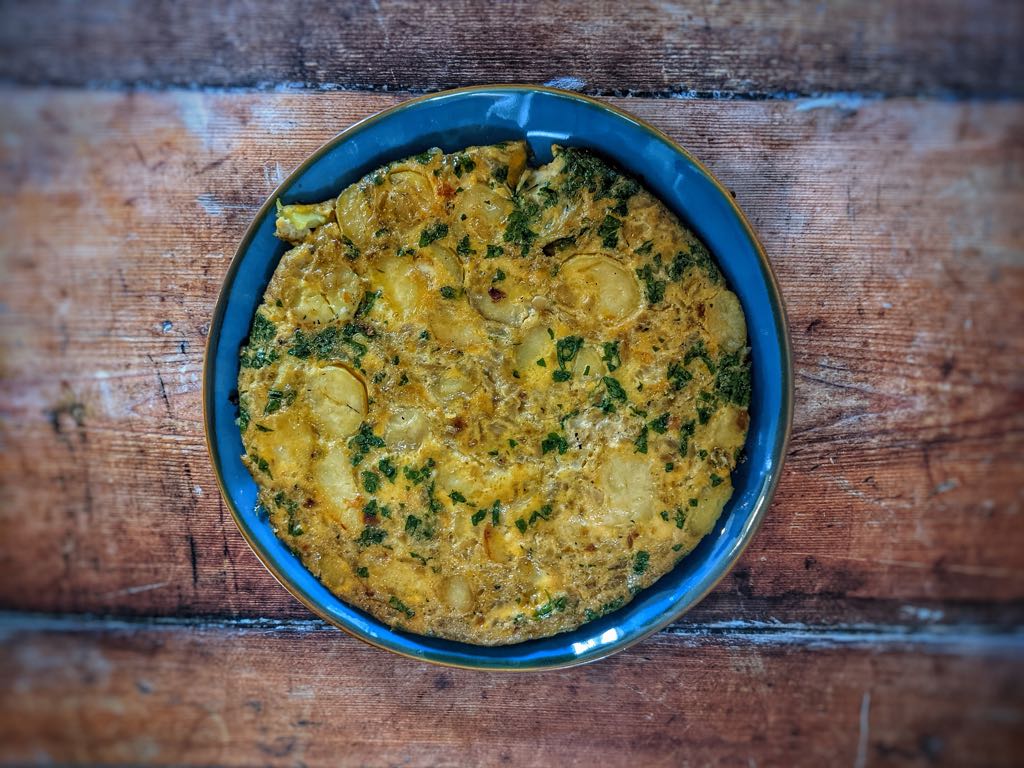