The Veal Escalopes for this cook were from The Dorset Meat Company. I would really recommend taking a look at their website as they do some great produce.

This one was a really quick recipe, both in terms of preparation and cooking. I took the veal out of the fridge about 45 minutes before I wanted to start cooking. They were quite thin already so I didn’t need to do anything to them except add some seasoning. If they are a bit thicker I would recommend wrapping them in clingfilm and using a meat tenderizer to thin them out to around ½ cm thickness.

I used the Char-broil 4600S to cook these. I put a good glug of Rapeseed Oil into a Lodge Cast-Iron Skillet (enough to have a 1 cm base in the skillet). After turning the BBQ on, I placed the skillet on the grates to heat up the oil.

Whilst the oil was heating up, I prepared the Veal. I sliced each one in half and then put the veal through the flour, egg and breadcrumb ‘production line’ before just sitting them on a chopping board.

Once the oil was nice and hot, I cooked the breaded veal, which I had to do in 2 batches. The veal was cooked for 4 minutes on each side. These were served with a wedge of lemon and some French Fries.

This dish was really quick and simple to cook. It made a great Saturday night dinner. I think next time I do it I would add a little more seasoning but I really enjoyed this one. 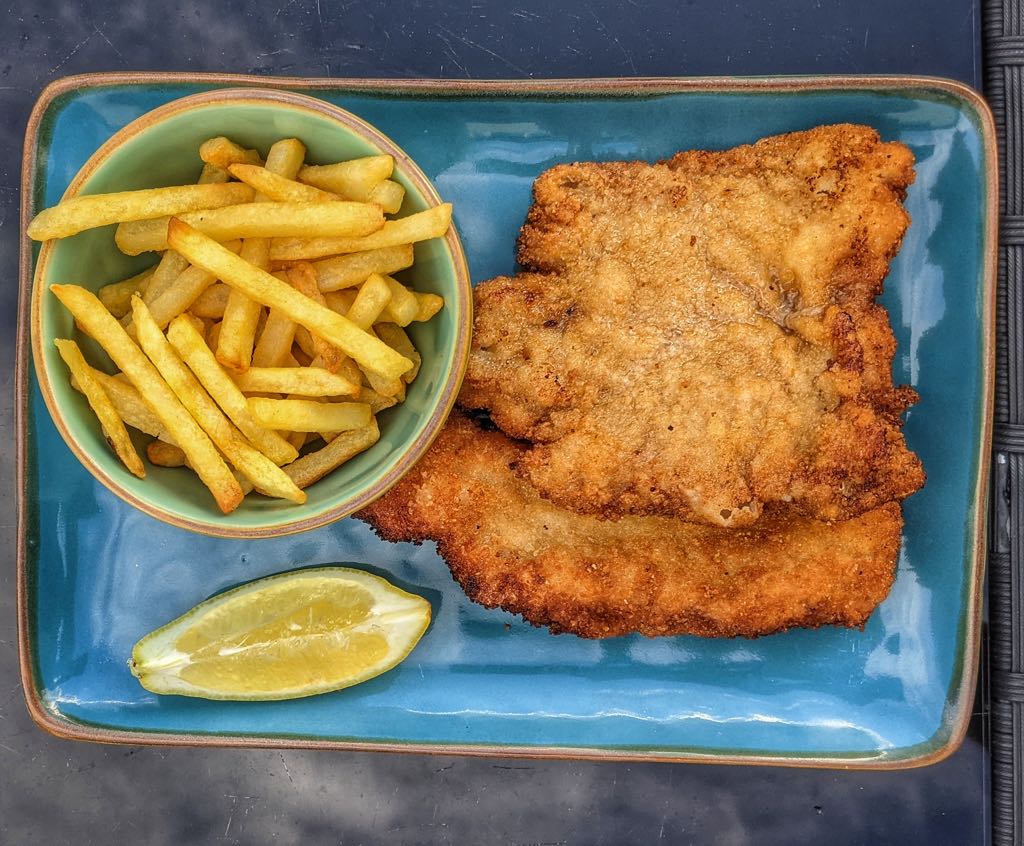